I ended up getting not only a living-room yoga session in this afternoon but also a nice (slow) 4-mile run!  It felt so good.

I need to get used to running in the heat again.

And apple and peanut butter held me over perfectly until dinner.

Which was super colorful thanks to these guys: 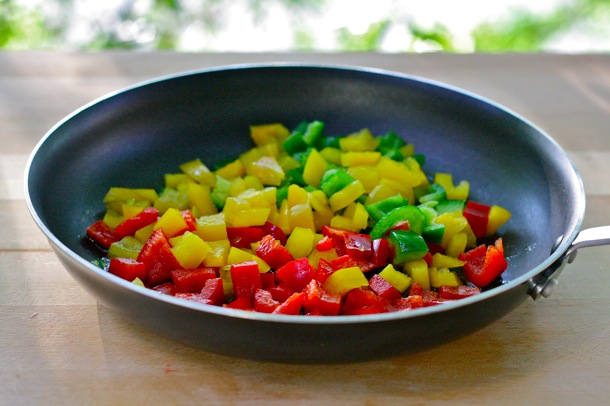 Chad claims he doesn’t like peppers…so I decided to dice them up and throw them into tonight’s dish to see if I could trick him out of it.

I put them in a pan and sauteed them with a little olive oil.  While they cooked he yelled over to me “Smell’s good!”

To which I responded, huge grin on my face, “You know what’s cooking right now, don’t you??”

When he realized, he quickly amended his statement to “I said it smells good, that doesn’t mean it tastes good!”

In my experience, it’s usually the opposite.  If something smells good, it tastes good.  Even when things smell bad (hard boiled eggs, fish, etc) they can taste good.

Sorry Chad.  I think you’re going to lose this one 🙂

After the peppers sauteed for a bit I added a little fully cooked chorizo chicken sausage to the pan: 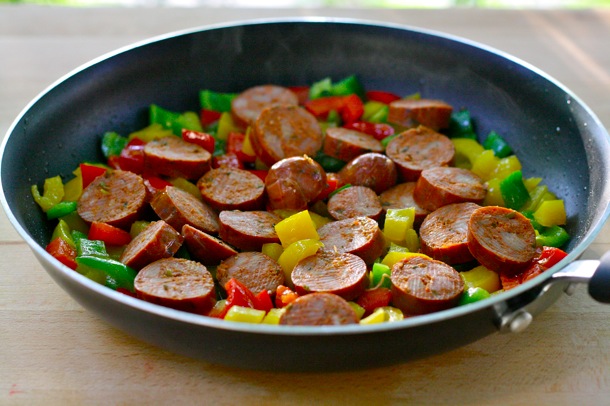 I used Aidells.  It’s one of my go-to brands of chicken sausage. 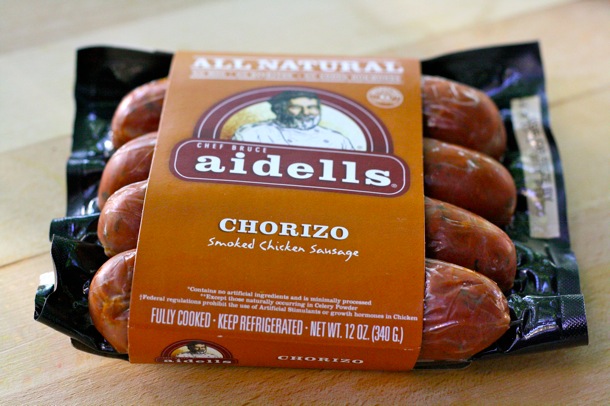 It tastes yummy and has even got a pretty nice backside… 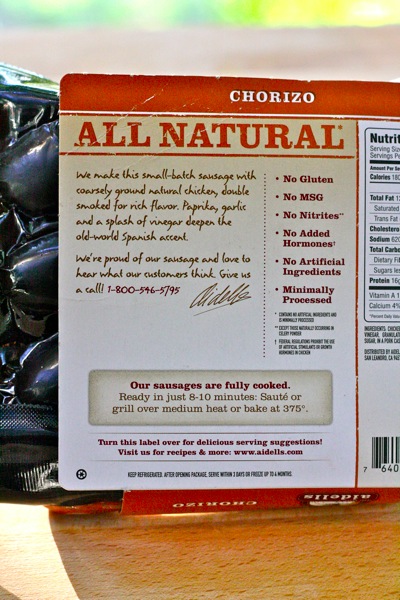 So into the pan it went!

I also started my pasta (whole wheat bow ties) at this point so that it would finish around the same time the sausage, peppers and sauce would.

About 5-7 minutes after I added the chicken sausage to the mix (right as it started to get nice and brown), I threw in half a jar of Arrabbiata sauce. 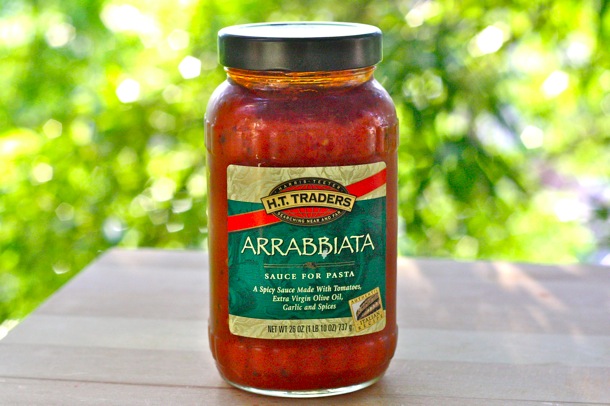 I first discovered Arrabbiata sauce at my sister Courtney’s house last month and I fell instantly in love.

I actually lifted this entire recipe right from the night I had it there!  They used Trader Joe’s brand, but this Harris Teeter brand actually held up just as well! 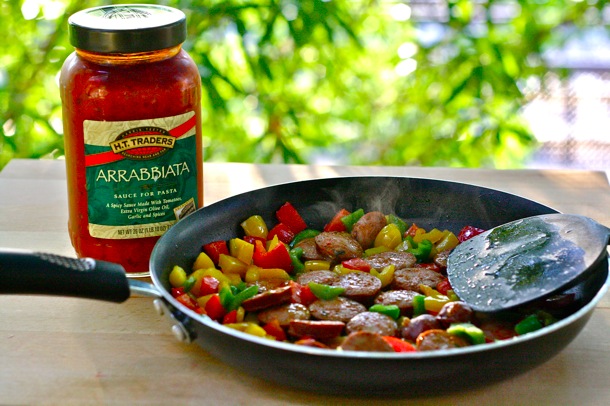 Into the pan with the sausage, olive oil and peppers went the sauce… 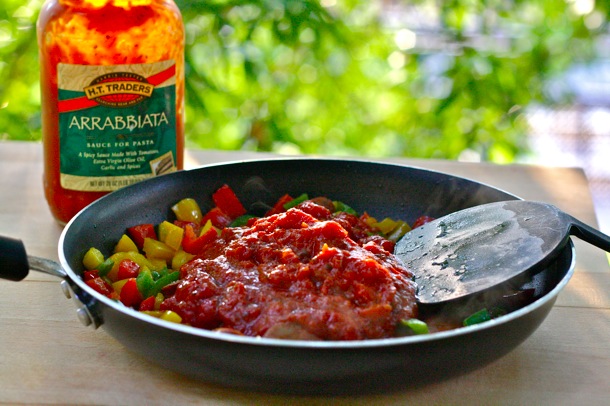 I used about half the container.  Back on the stove top it went until small bubbles formed in the sauce. 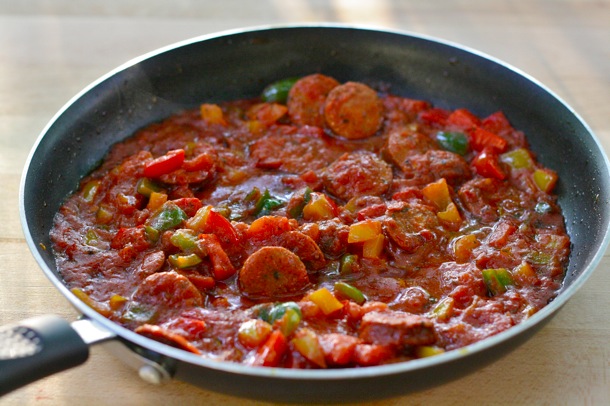 Once that happened I took it off the heat, strained the pasta and voila! 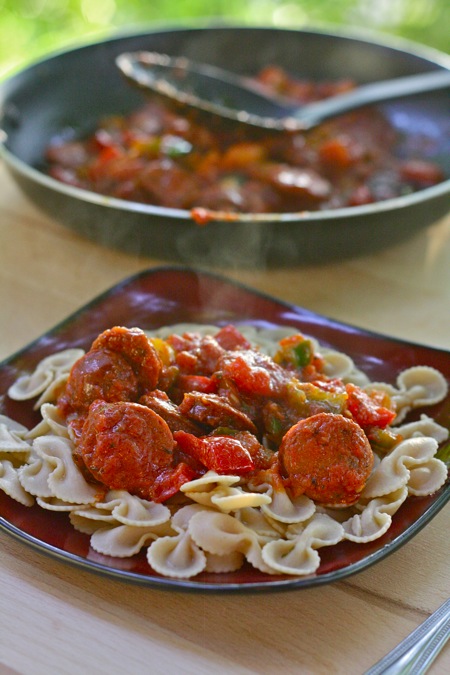 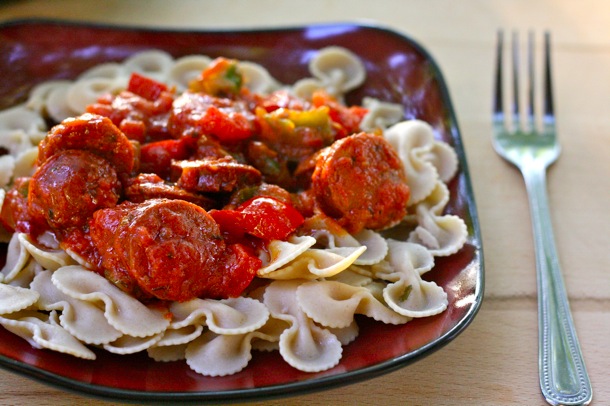 I also toasted up the last Trader Joe’s 100% whole wheat sourdough slices with a little olive oil and salt to serve along side (aka – sauce mopper-uppers): 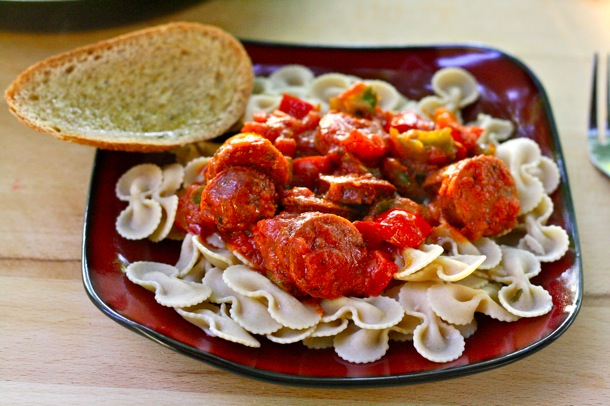 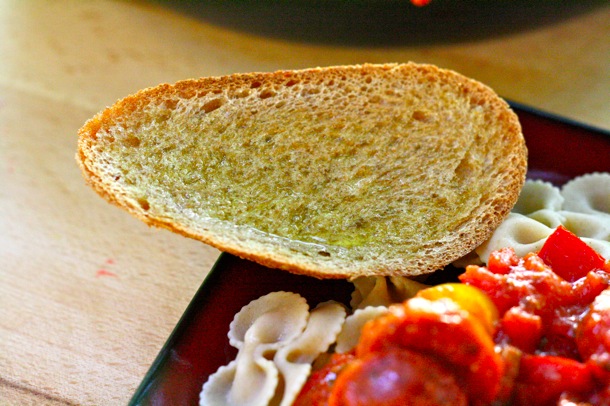 This dinner was delicious.  But by far the BEST part of it all?

Chad saying “Ooookay maybe you were right.  This dinner is actually really good.  I guess I should just learn to trust you.”

GOLD.  Those words were just gold.