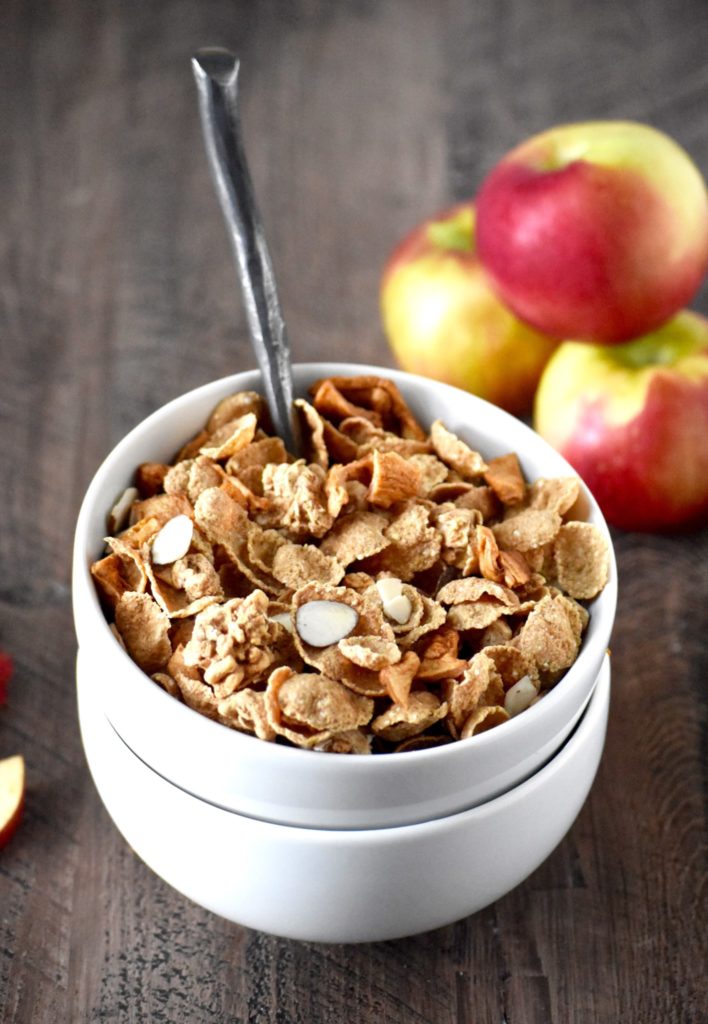 Every year when Autumn rolls around there are inevitably TONS of seasonal products that hit the market and of course, being the sucker that I am for anything Fall, I always want to buy them all!

Unfortunately, they’re often a lot of them are lacking the nutritional value I would hope for.

I passed an apple cinnamon cereal that sounded incredible, but was disappointed by what I found on the side of the box.  And that’s when it dawned on me – I can make my own! 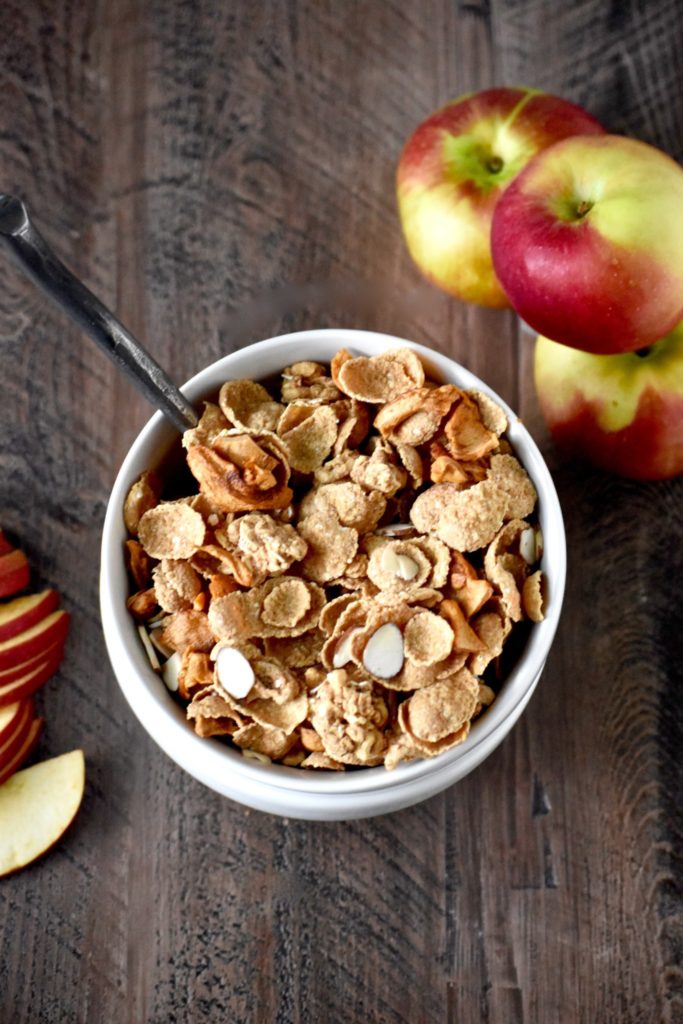 After reading through the ingredients, I figured I could create something similar but ensure that it did a better job of meeting what I usually look for in a cereal. 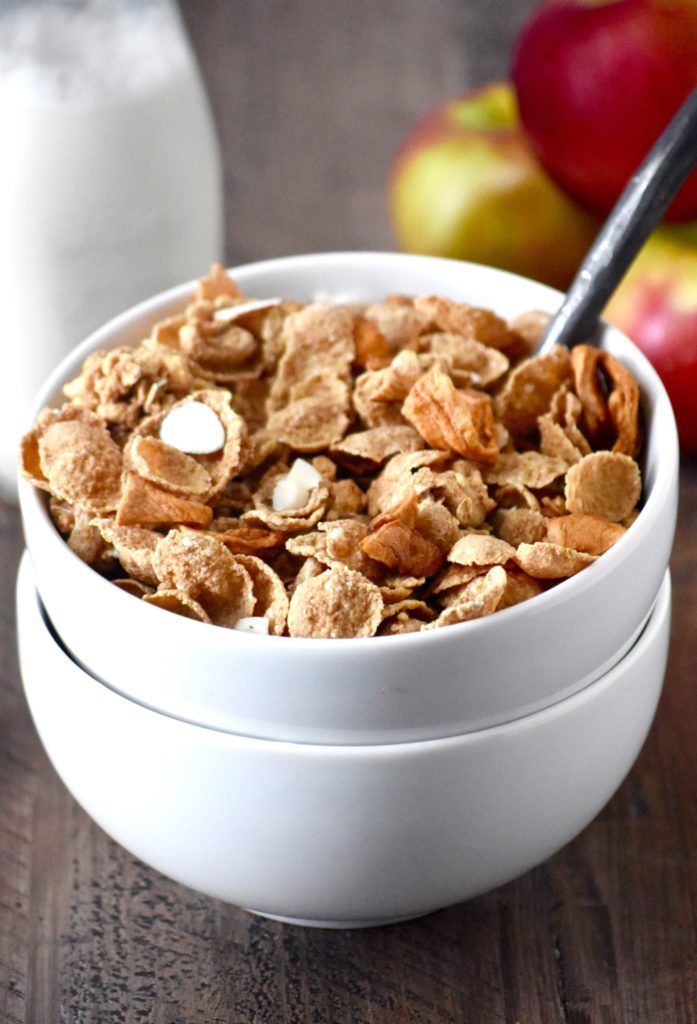 It doesn’t get much better than that if you ask me. 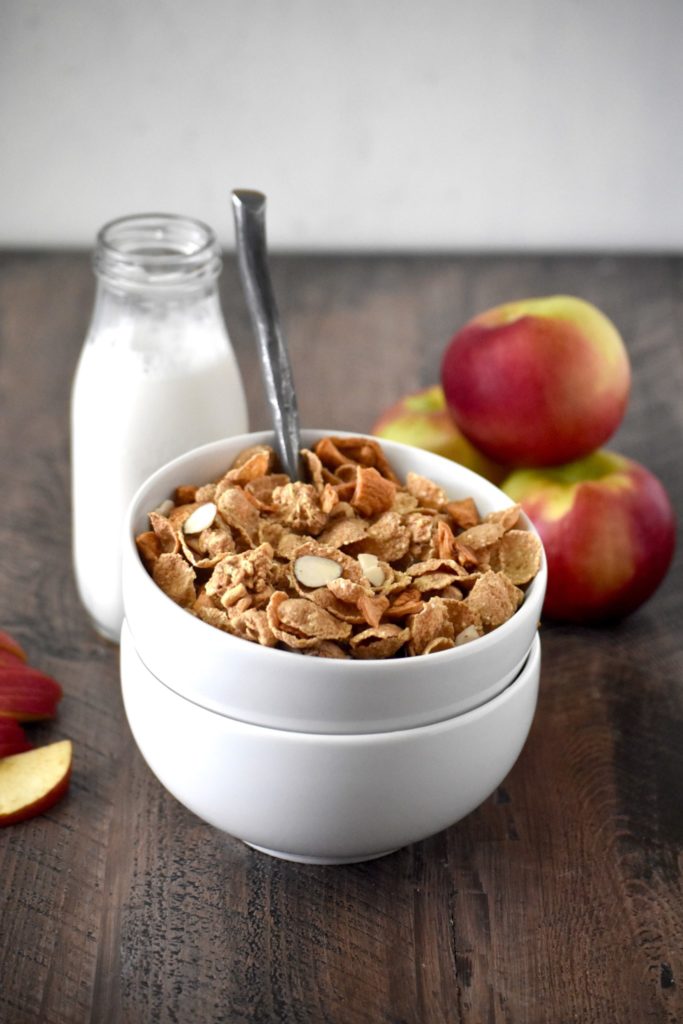 Note: I like different textures in my cereal so I don’t mind the chewiness of the dried apples. If it bothers you, I would suggest using baked or free dried apples instead of dried.