Another great gym session is in the books!

I did 30 minutes on the elliptical + back stuff and called it a day. 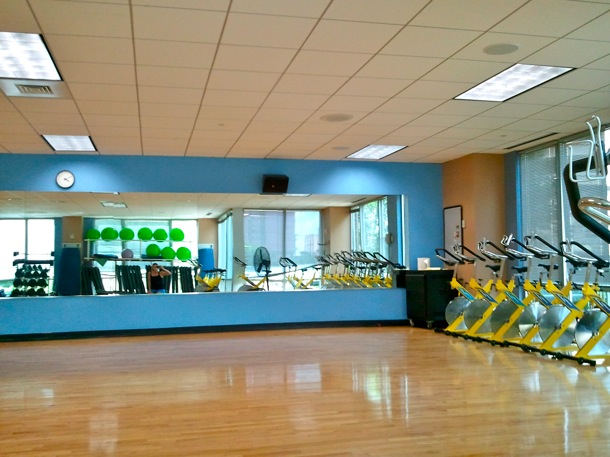 I’m not usually a huge gym person – I prefer to be outdoors, but let me tell you, in this Carolina heat, it sure is nice to have an air-conditioned gym to go to! 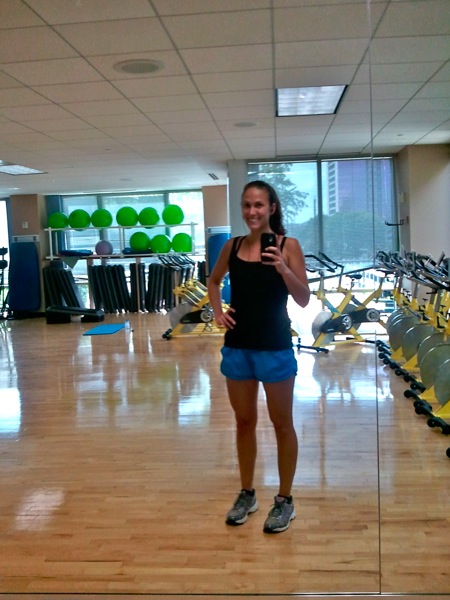 When I got home I refueled with an apple + tbsp. crunchy TJ’s peanut butter 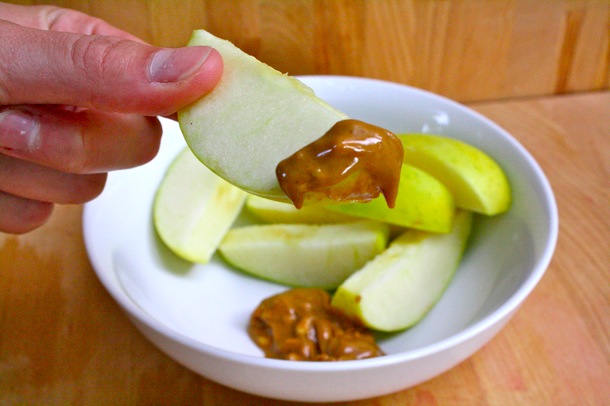 And a taste test! 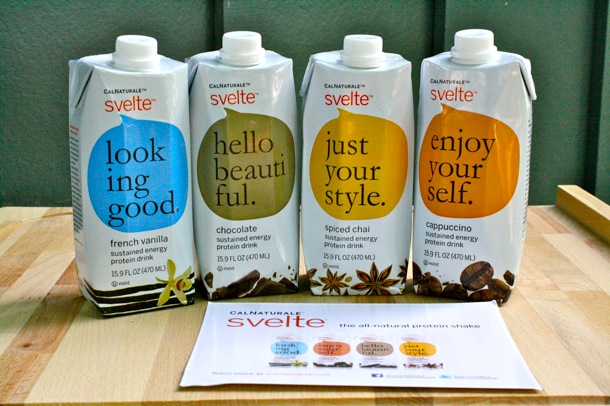 The kind folks over at CalNaturale Svelte sent me some samples of their all-natural protein shakes to review for all of you! 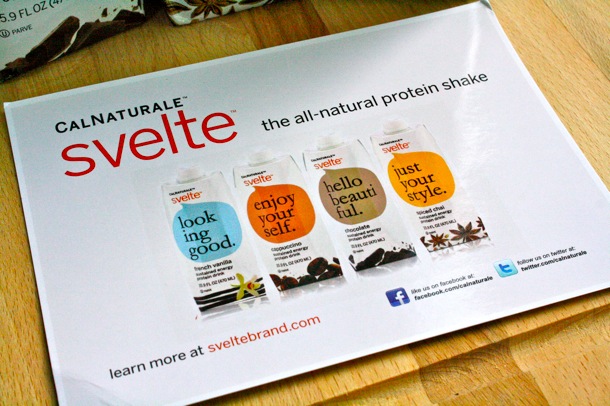 Chad and I tried each of the four flavors and were both pleasantly surprised at how good they were!

I’ve often found that protein shakes have a bit of a chalky taste to them but these didn’t at all which was a definite bonus.

The flavors were also great – not only did they come through really well, but they didn’t have that artificial quality to them that a lot of other protein shakes do.

I think the french vanilla came out as the winner for both of us.  I can’t wait to add these to pre and post-workout smoothies!  Chad even said he’d happily drink them straight out of the bottle (and that’s saying something!)

Thanks again to Bailey for sending these over – they were a major hit in our household!

When Chad got home he headed out for a run so Clara and I went out for a walk! 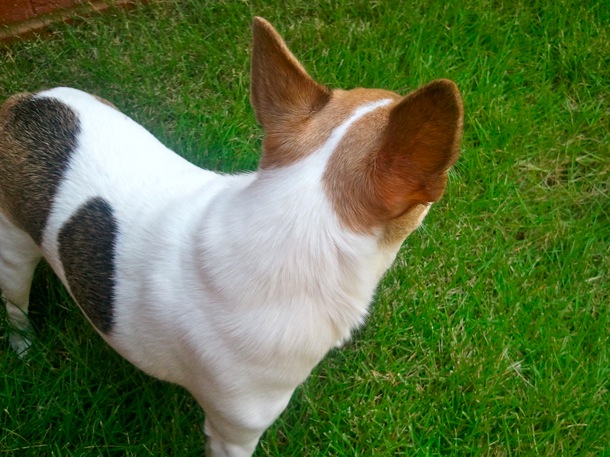 She’s taken to sprinting home when we reach our turnaround point and I think she’s actually gaining some speed.  I had to work to keep up with her – granted I was in flip flops, but still!

She definitely left it all out on the field, she was pooped when we got home! 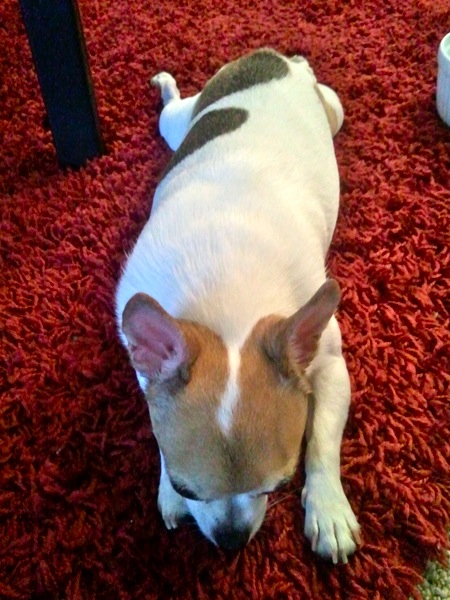 And I was too for that matter!

I started in on dinner while Chad was still running and right as I was pulling the potatoes out of the oven, he walked in the door – talk about good timing 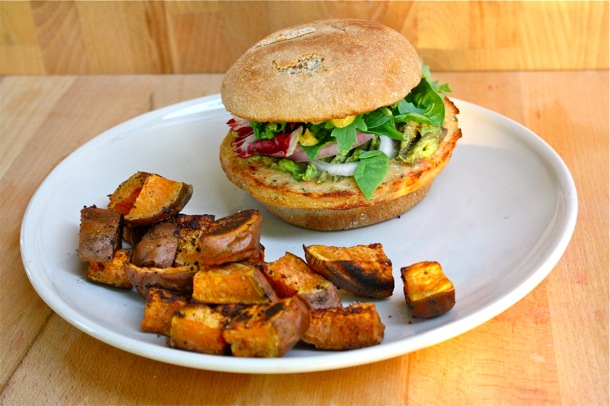 Trader Joe’s Chili Lime Chicken Burgers were on the menu for tonight!

(Check out Iowa Girl Eat’s homemade version of these!) 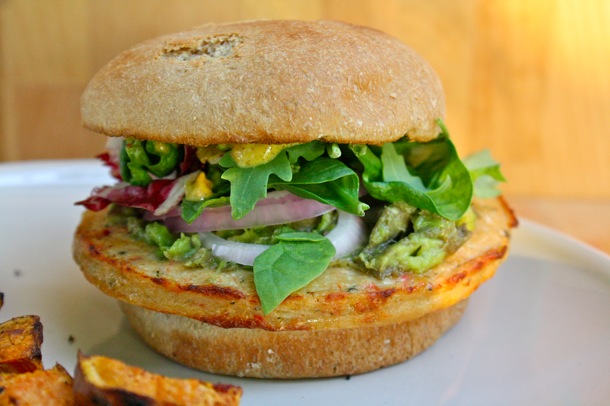 I loaded mine up with avocado, lettuce, onions and mustard all on a Rudi’s whole wheat bun.

I love the taste of these buns, but they proved to be a little too small for these burgers.  They’re somewhere in between slider and regular hamburger buns.

Ultimately it worked out okay though! 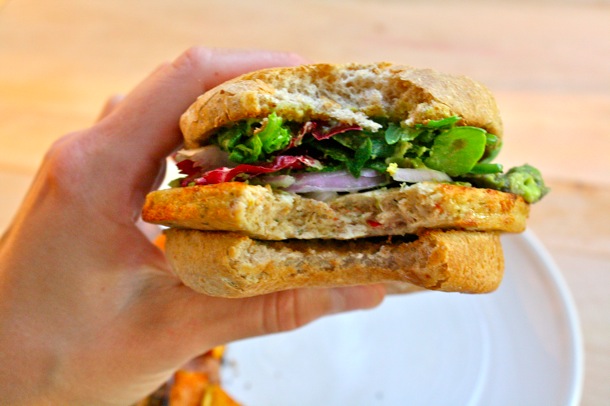 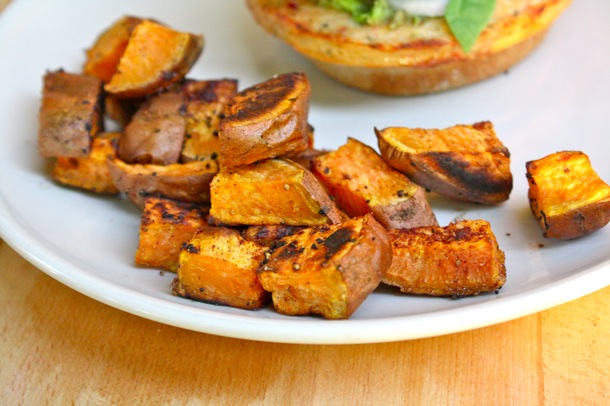 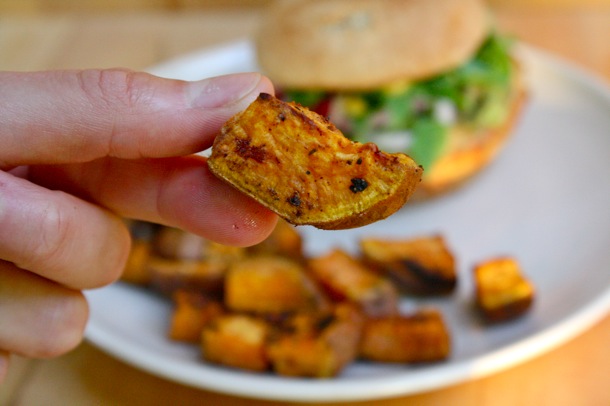 I’m so glad I discovered the sweet potato/cinnamon combo.  I don’t think there’s any going back to roasting them without now! 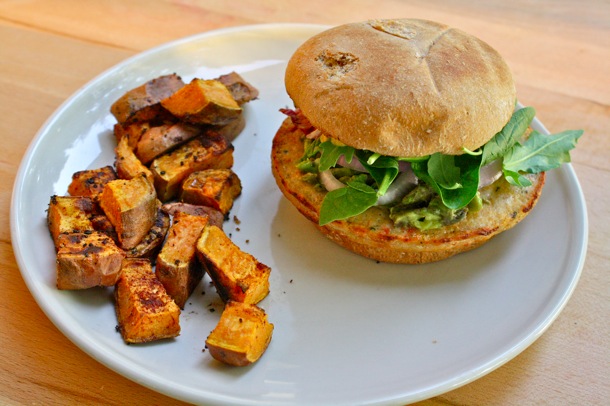