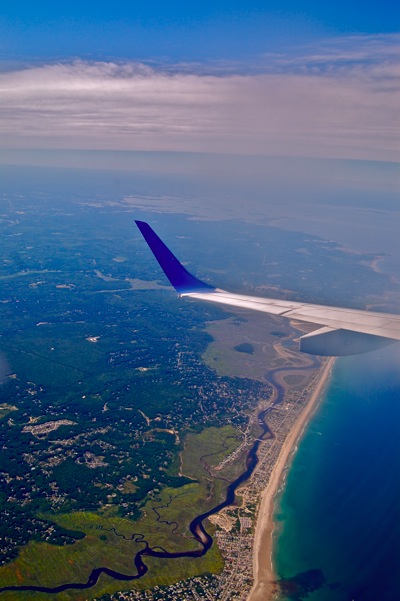 We’re visiting with Chad’s mom and aunt for the holiday and we couldn’t be more excited!

Dinner was an extra special treat. 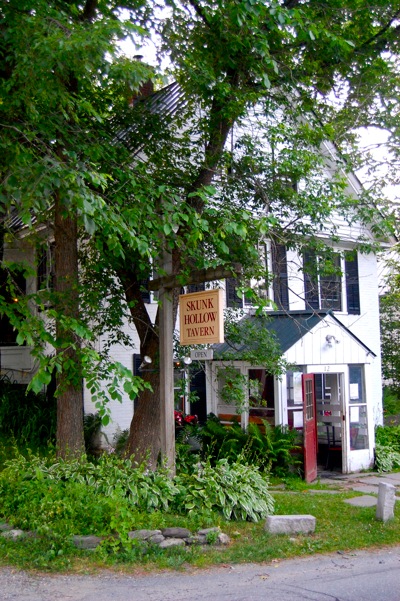 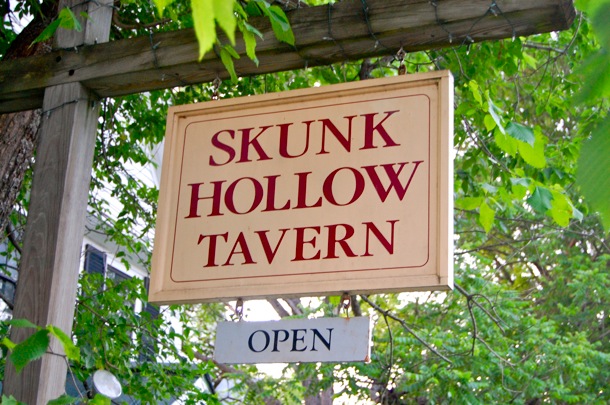 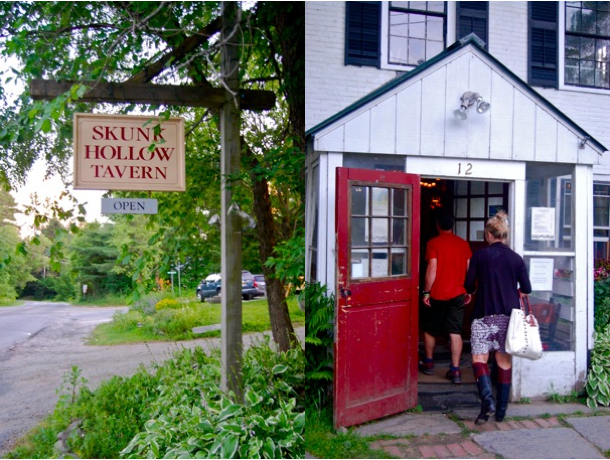 We headed to a place called Skunk Hollow Tavern at the behest of Chad’s mom’s friend Mike.

We got the royal treatment! 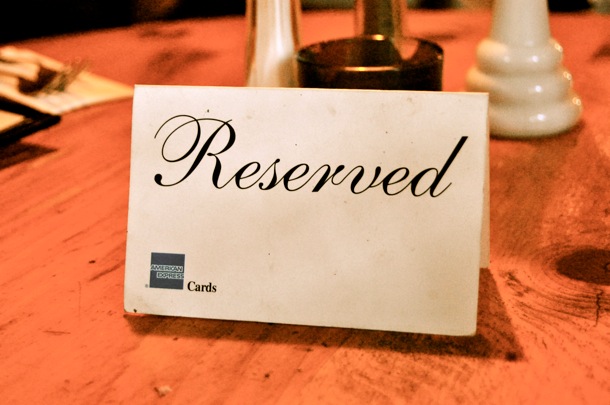 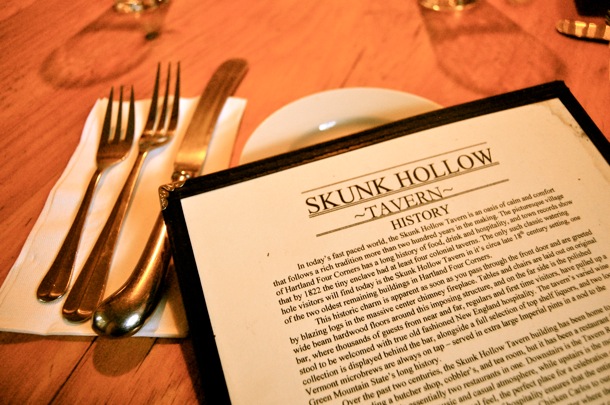 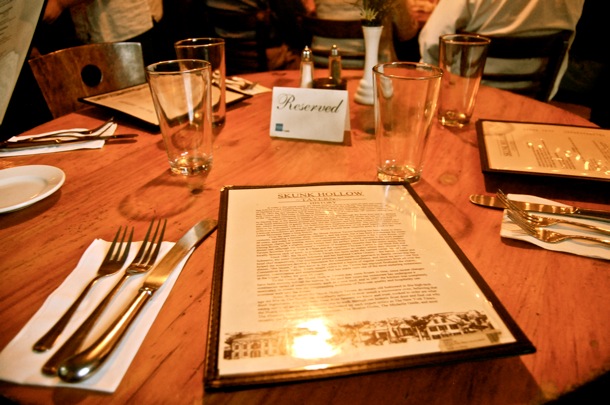 This place was adorable.  Chad and I both immediately fell in love with it. 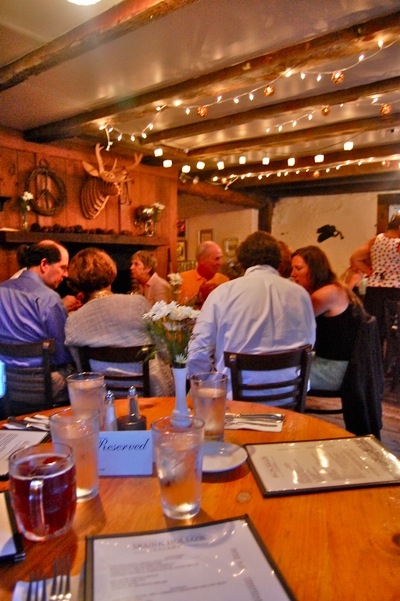 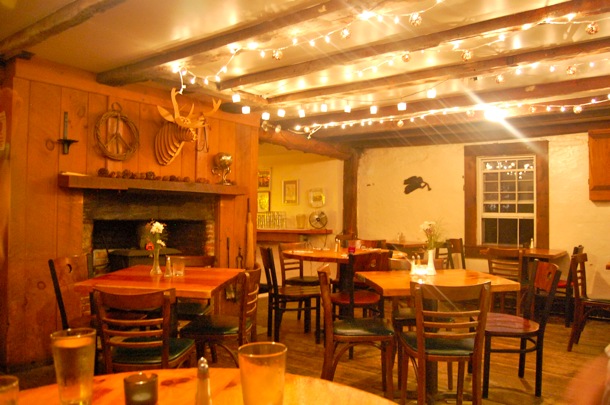 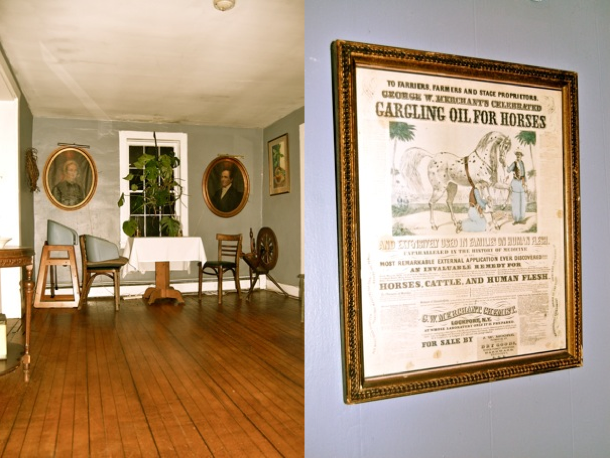 So homey and welcoming…I could really see being a regular if I lived in the area.  It’s most definitely one of those places where “everybody knows your name” and they’re “always glad you came.”

We started with their amazing basket of “warmed bread:” 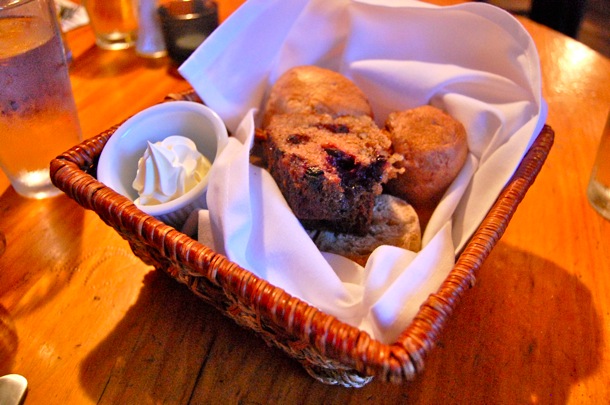 There was a mixture of popovers, blueberry bread (which had incredible bursts of cinnamon and brown sugar shining through) and slices good crusty loaf bread. 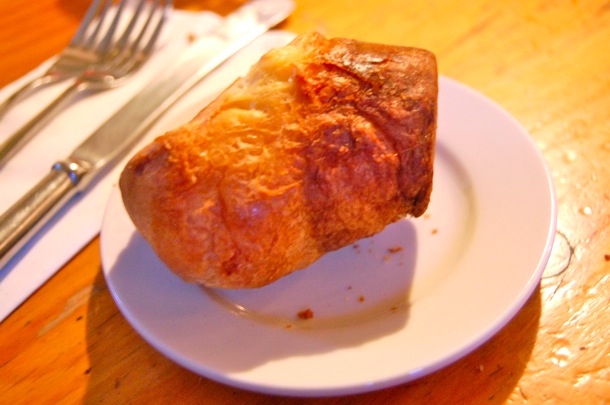 I thought for sure the popovers would steal my heart…but I honestly don’t know if I could ever choose between these and the blueberry bread.

I’m pretty sure I could’ve eaten my way through this bread basket and called it a night.

But alas, there was so much more food to enjoy.  So Chad and I split one of each type of bread and called it quits!

Next up was a round of delicious salads – 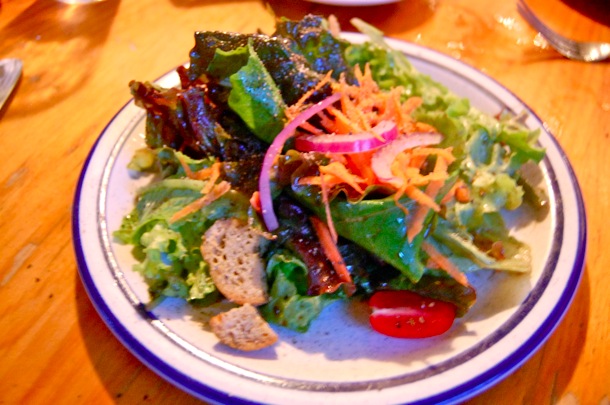 And the spinach salad (spinach, feta, roasted red peppers, onions, pears…topped off with a flower!) 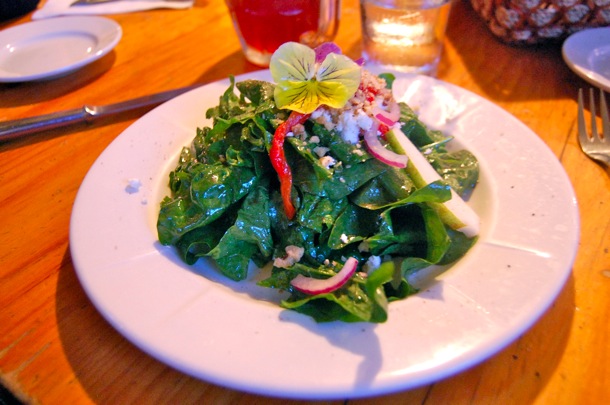 A dash of fresh pepper on each and we were happily digging in.

The croutons in mine were awesome – garlicky, perfectly crunchy and an awesome contrast to the rest of the flavors on the plate.

For our entrees it was burgers all around – 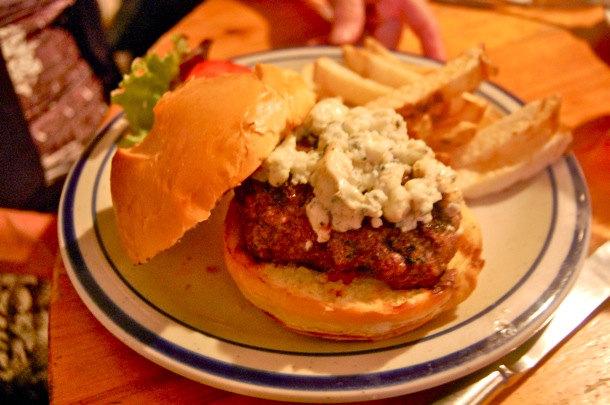 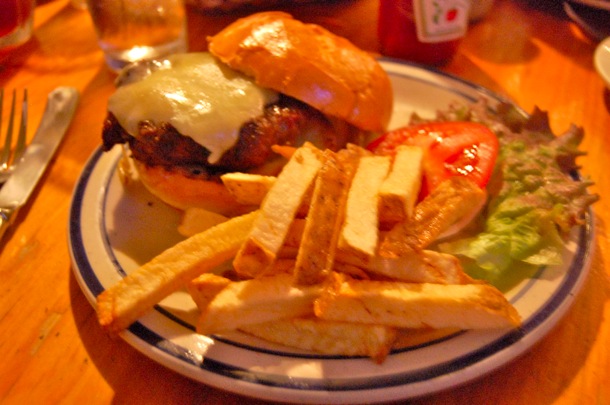 Unfortunately by this time the light had really begun to disappear so my photos steadily went downhill.  Unfortunate because the food was SO good.  These pictures just don’t even do it justice.

The french fries were perfect.  I’m not usually the biggest thick cut fan…but these changed my mind.  They had the perfect crisp and salty flavor. 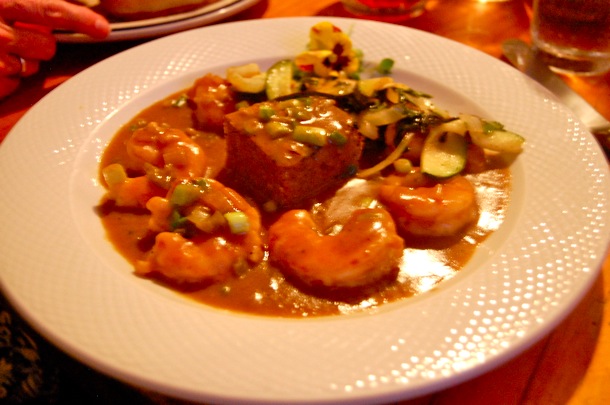 He wiped his plate clean so I’m thinking it was pretty good.  I’m not surprised, you can’t really go wrong with buckwheat!

And despite all that food – we still managed to squeeze in a little dessert! 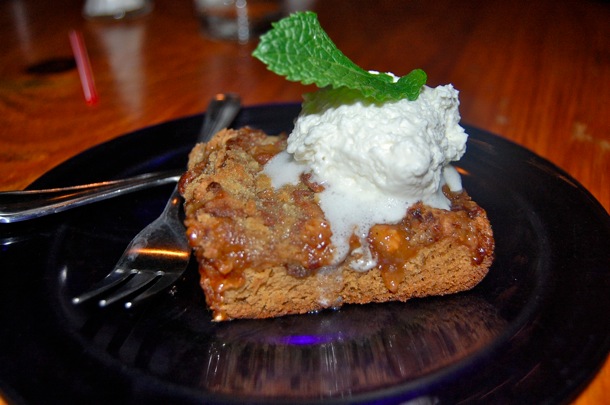 And Jennie and Mike split the strawberry mousse: 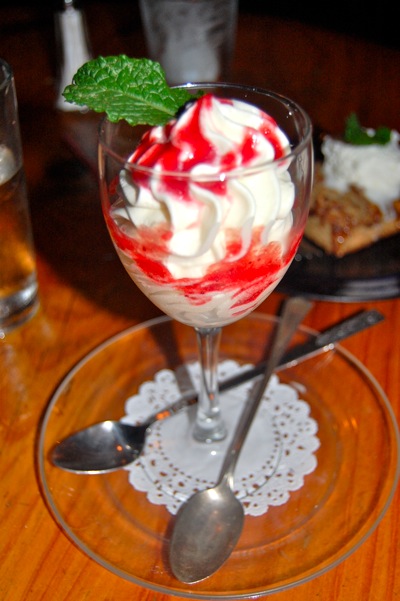 I also couldn’t resist dipping a spoonful into the fresh strawberry ice cream they brought out to the table at the end. 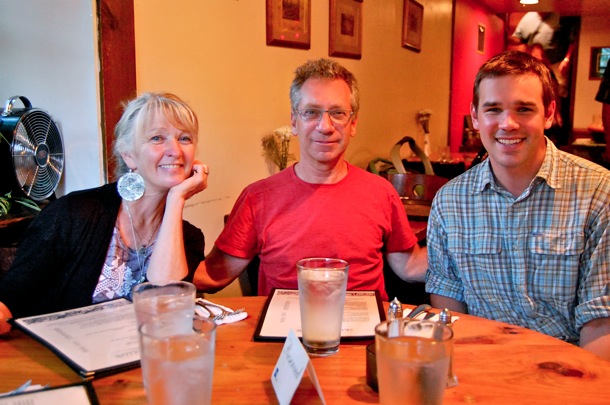 We were having so much fun eating and chatting, we ended up closing down the restaurant! 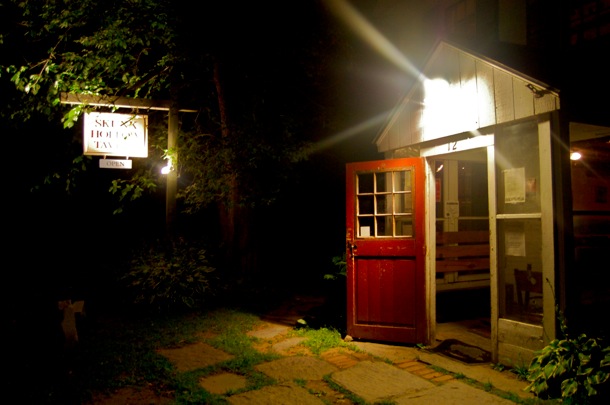 So we headed home stuffed and happy.  A huge thanks to Mike for the special treat and for joining us!

The night ended with some moon watching… 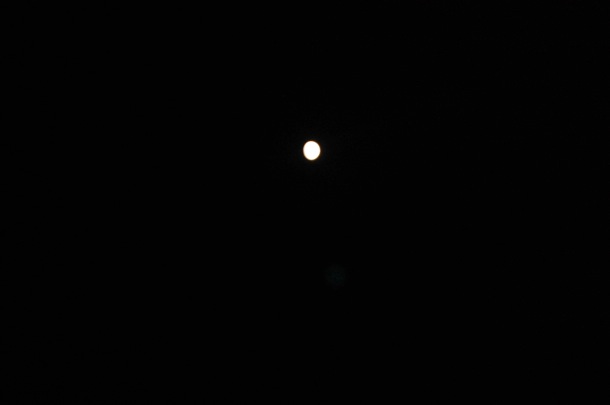 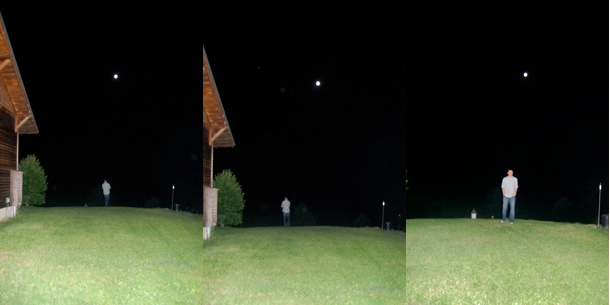 And then we headed in! 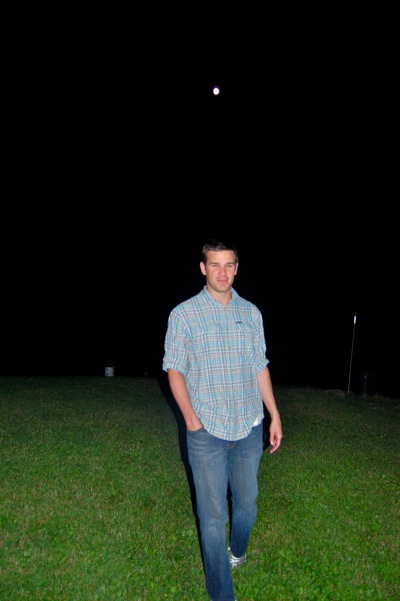 A wonderful start to the trip!