It was a long day from start to end but I’m now officially just one final away from this semester being over!!  It can’t come soon enough…I’m ready for a good long sleep.

Breakfast was a quick bowl of Honey Nut Cheerios that I had alongside a Harry & David pear and some coffee + soymilk. 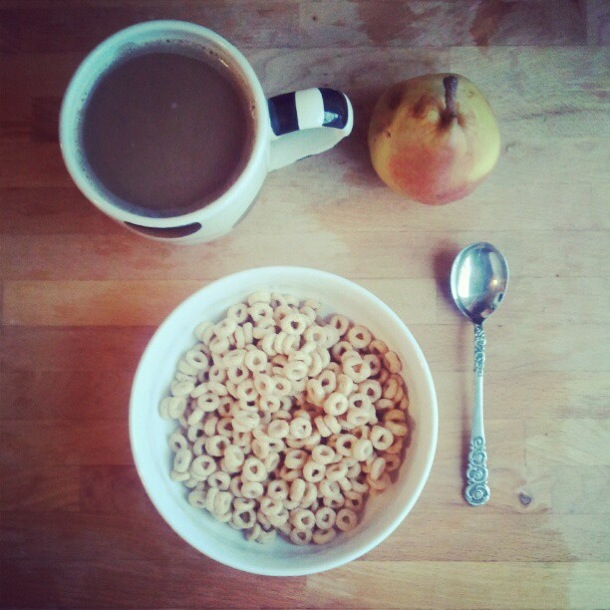 It was the perfect study fuel!  I literally spent the next 5 hours following breakfast with every last one of my notes from the semester sprawled out in front of me, devouring every bit of information we went over.

I broke only to shove a quick lunch down my face.  I toasted two end slices of whole wheat bread (for some reason the ends don’t bother me, I know a lot of people can’t stand them) and slathered it with hummus and veggies then paired it with a crisp apple – 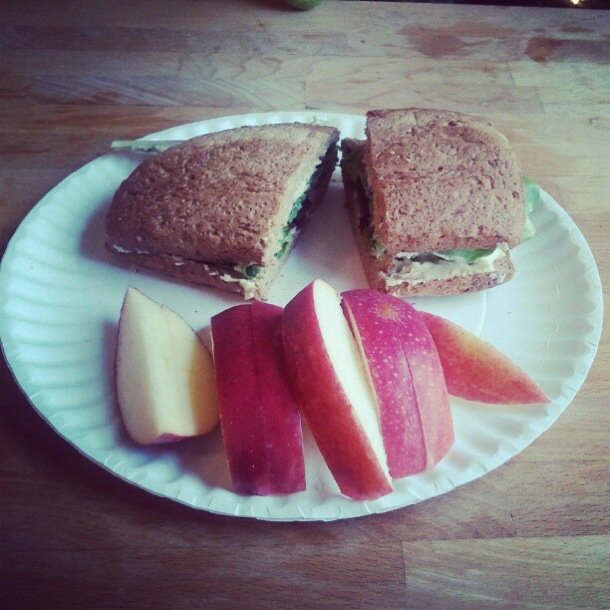 After lunch I packed up my stuff and headed to campus – I was lucky enough to squeeze in a quick workout before my final…don’t worry, I studied the whole 30 minutes I spent on the elliptical – I actually think I grasped concepts better studying it that way.

I grabbed a water and a Kind bar afterwards and made it to my final with 3 minutes to spare!

An hour later I was done and off to my accounting review (that’s the final I have left tomorrow).  It went well and on my way home I snagged gas for less than $3.00 a gallon!  It was so amazing!  I can’t remember the last time I saw a “2” in front of the  gas prices…

Dinner was celebratory pizza!  I think I’ve finally found my favorite pizza in Charlotte – it’s a place called Zucca just a minute from our place.

I started with a salad and then enjoyed a personal cheese pizza (of which I could only eat about 2 pieces…but leftovers aren’t such a bad thing!) 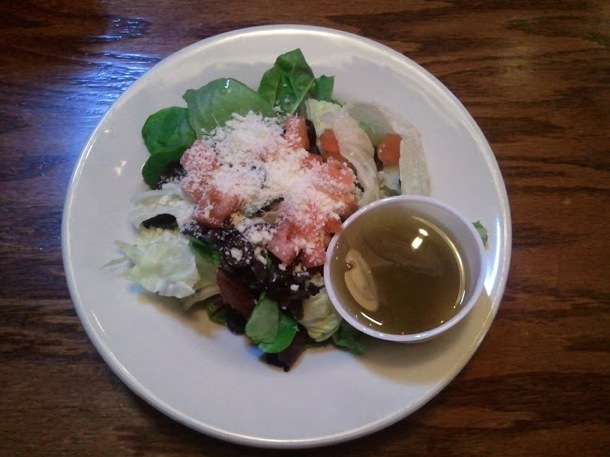 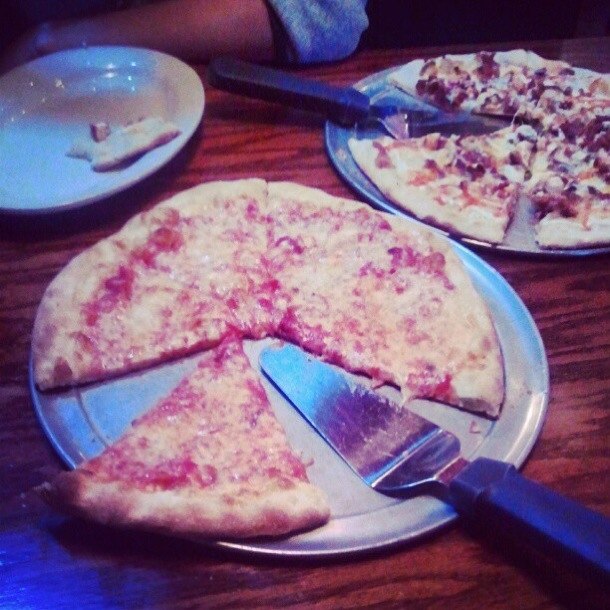 Thanks for bearing with me during the craziness that is finals!  I’m home free tomorrow afternoon and I promise you won’t have to hear any more complaining about studying! 🙂