It’s been a laaaaazy down around here!  Just ask Clara… 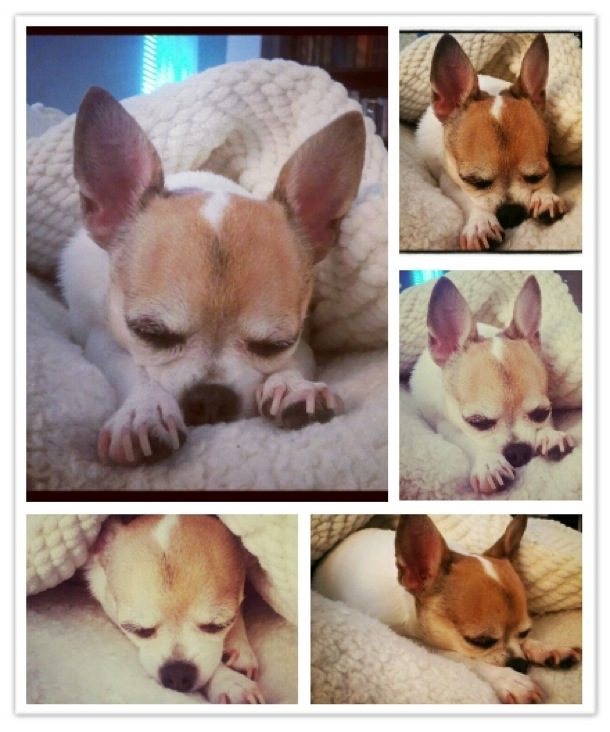 I’ve successfully completed nothing since I last left you…except for getting the Photo Grid app on my phone (I already love it) and taking millions of pictures of Clara while she sleeps the day away.

As my sister and I were chatting on gchat we quickly realized that I wouldn’t have been able to go to the gym anyway because she took her keys – so that made me feel a little better.

There are worse things in life than being forced into relaxation I suppose (and “forced” is actually the appropriate word there…I have a very, VERY hard time sitting around and relaxing, I tend to always feel like I should be accomplishing something).

Around 12:30 I started to feel hungry so I put my book down and got my lazy butt up off the couch.

And oh!  That’s right!  I guess I didn’t do nothing because I actually did do some reading…vouch for me Twitter followers! 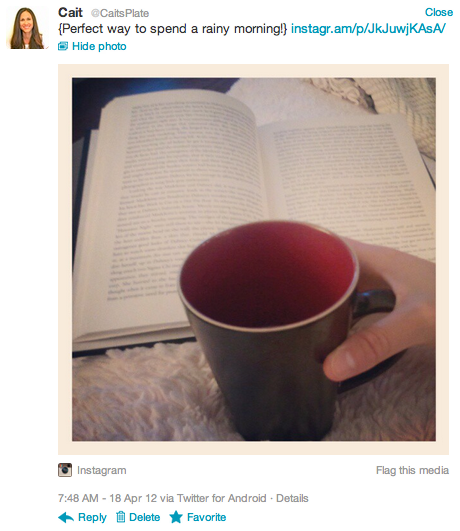 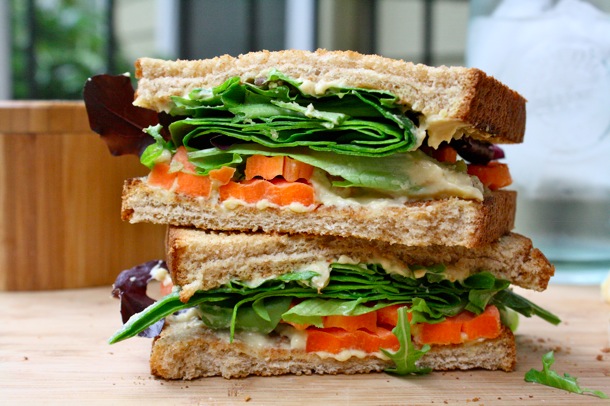 I was really feeling in the mood for fruits and veggies (as is always the case during the warmer months) so I toasted up two slices of honey wheat bread, slathered it with hummus and loaded it up with veggies… 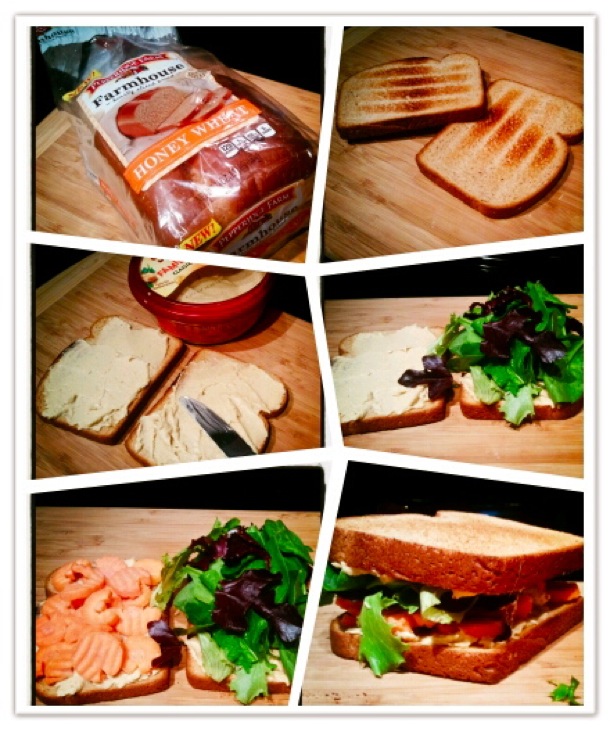 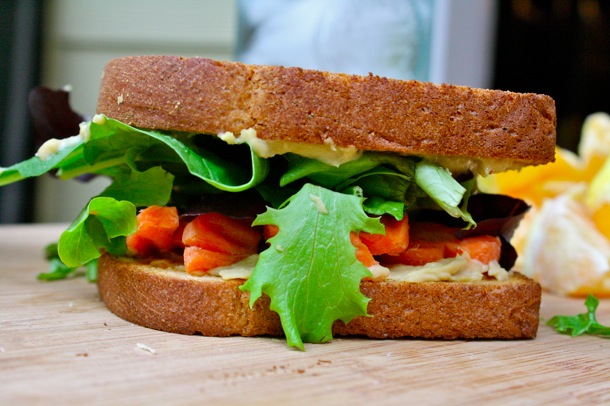 To have alongside it I grabbed an orange from the fruit bowl. 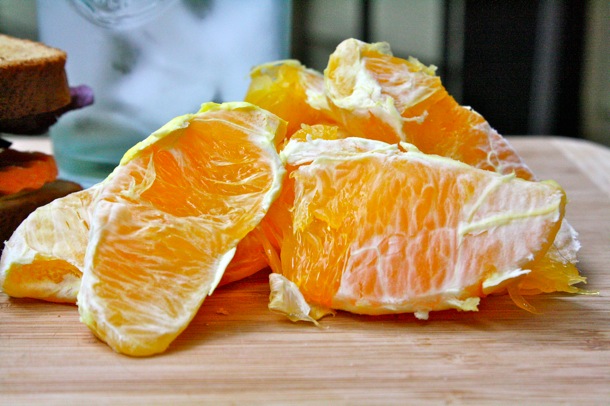 This one didn’t peel very smoothly but it was still as good as the past few I’ve had. 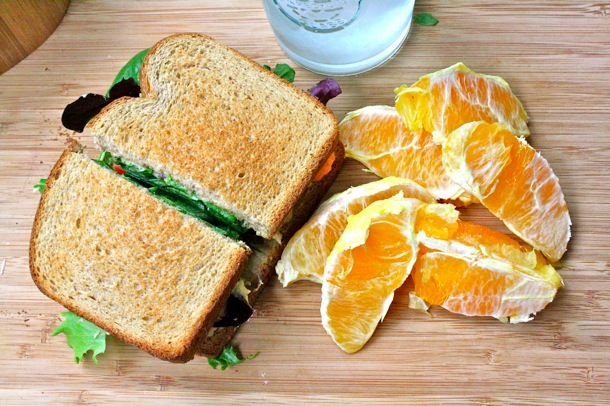 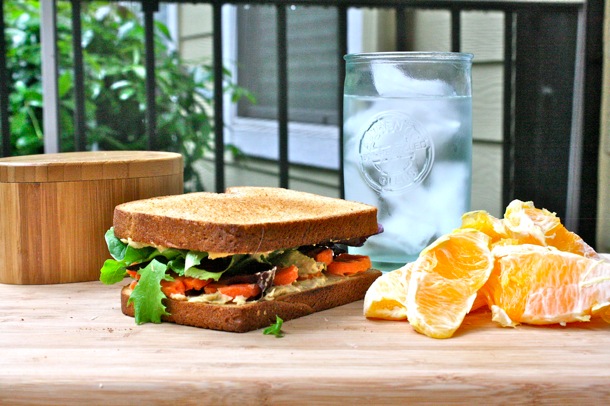 Washed down with ice water… 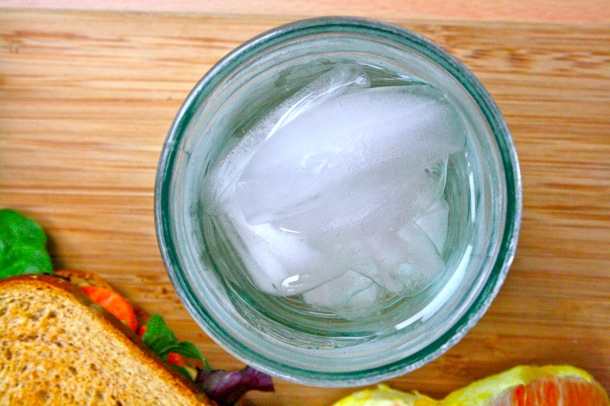 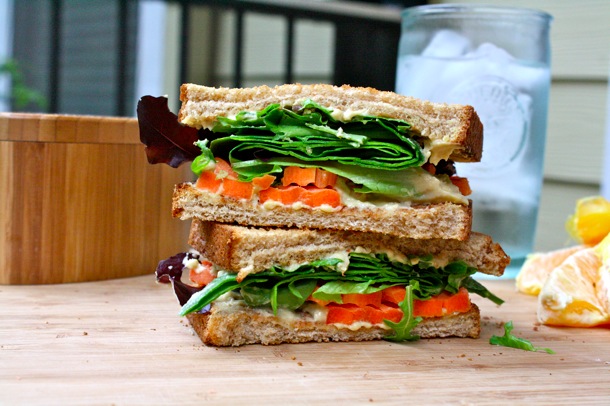 Hummus & Veggie Sandwich {for one}:

You can really add any number of veggies – peppers, zucchini, roasted eggplant, mushrooms…the list goes on and on!

Hope you’re staying dry out there!