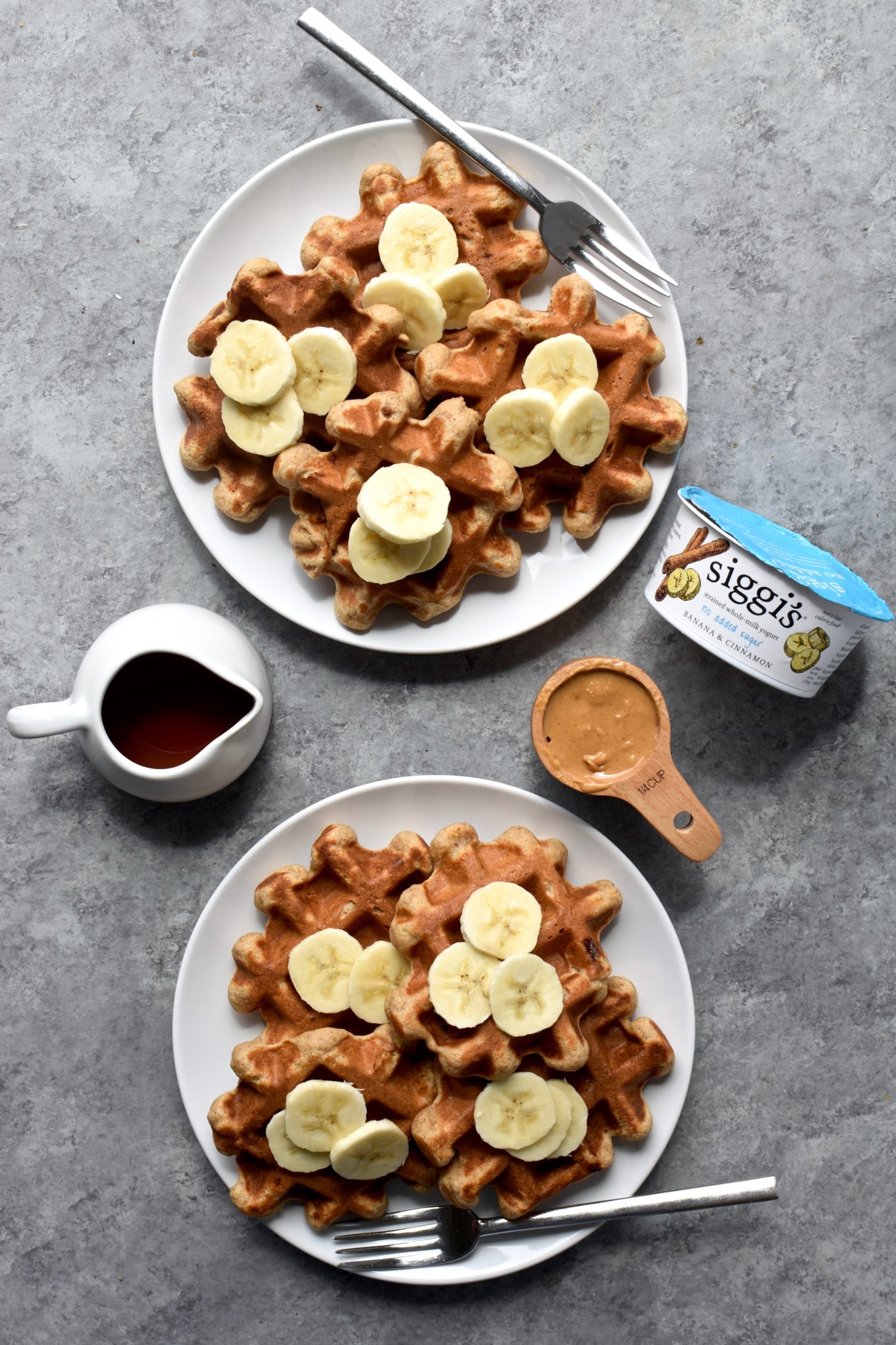 this post is brought to you in partnership with siggi’s – all opinions contained within are my own.

Ooooh boy do I have the recipe of your brunching dreams! Whole grain peanut butter banana cinnamon waffles – and yes. They really are every bit as good as they sound.

And if you haven’t tried the banana/cinnamon/peanut butter combination before, I’m just going to go ahead and say “you’re welcome” ahead of time for introducing it to you It’s one of my absolute favorites (something long-time readers likely already know). 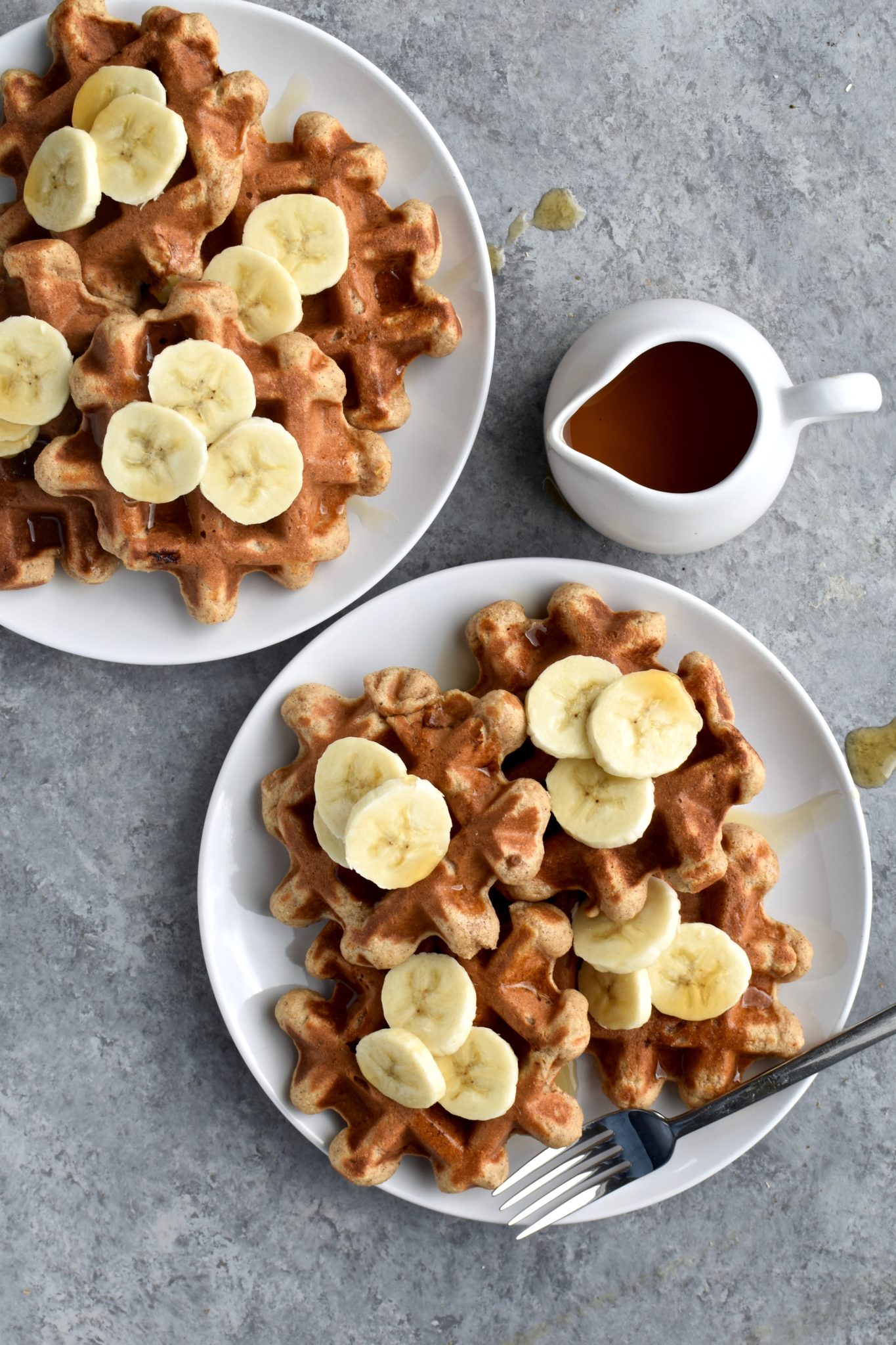 I’ve loaded these up with all the good stuff – white whole wheat flour adding an extra boost of fiber, mashed banana adding a little potassium, natural peanut butter adding protein and heart healthy fat and my favorite ingredient of all, siggi’s 4% no added sugar banana & cinnamon yogurt which not only provides protein and even more delicious banana & cinnamon flavor, but it does it with fewer than 10 ingredients and less than 5 grams of sugar. Doesn’t get much simpler than that if you ask me! 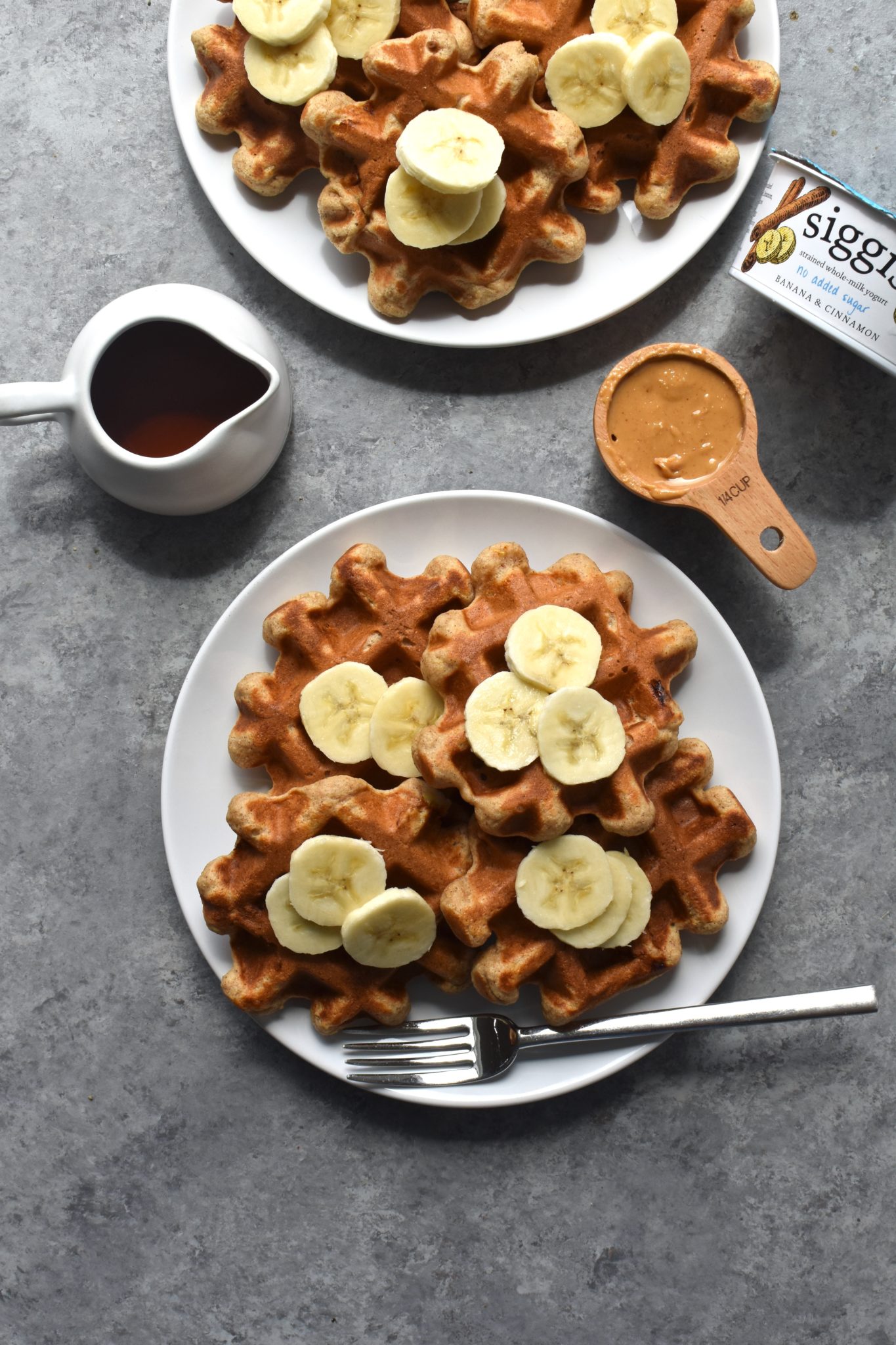 As always, these come together fast with minimal cleanup, making them as easy as they are delicious.  They also freeze well so you can make a big batch on the weekend and eat them all week!  I don’t know about you guys, but having homemade waffles on a weekday just makes the work week feel so much better. 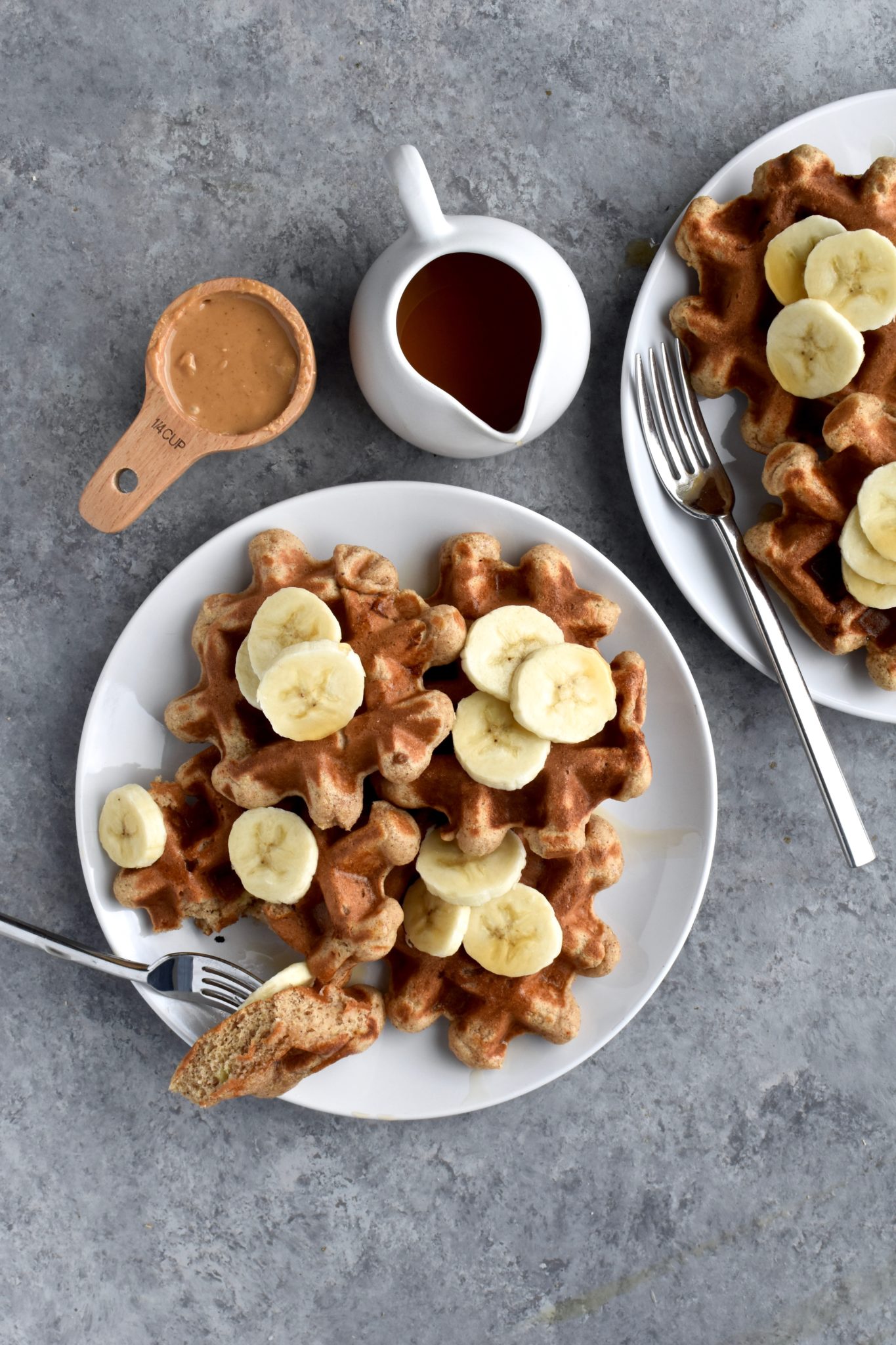 Serving Size: 5-6 servings of 2 waffles each

note that siggi's no sugar added varieties are currently only sold at whole foods with the hope that they will be more widely available soon! you can use their store locator to find what whole foods near you might sell it. you can also make this with siggi's plain or vanilla varieties!

i’m cait, a registered dietitian and mom. i believe in a realistic approach to wellness. on this site you'll find easy recipes, nutrition content, motherhood tips and more! read more →


hear me out. I know we've been taught to celebrat

just to add a little perspective around the messag

another favorite from the archives!⠀⠀⠀⠀⠀