The key to good french toast is day-old challah. 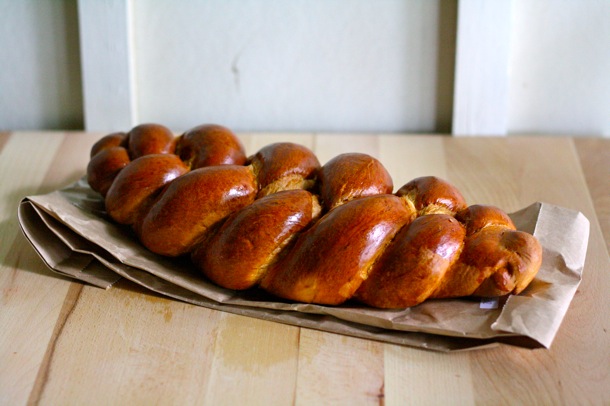 Sometimes more than a day old.

In fact, the more stale the bread, the better it will hold up as french toast. 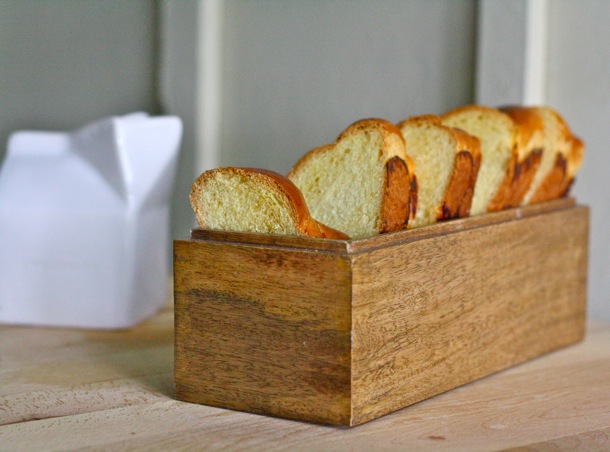 I mean, don’t get me wrong – you don’t want it so stale that it’s crumbling in your hands…but it should be a little less than springy to the touch when you go to make the french toast. 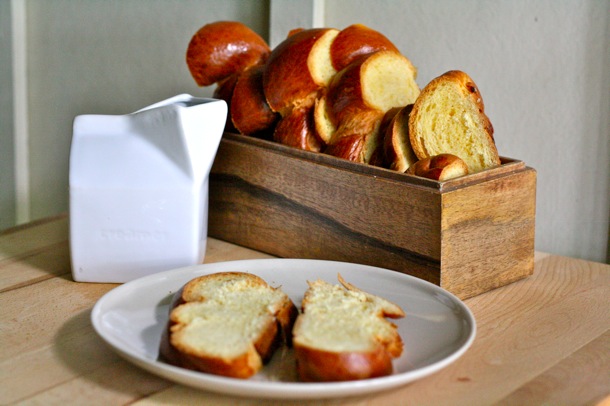 And then, if you really want to get crazy, split each slice open and lather it with nutella… 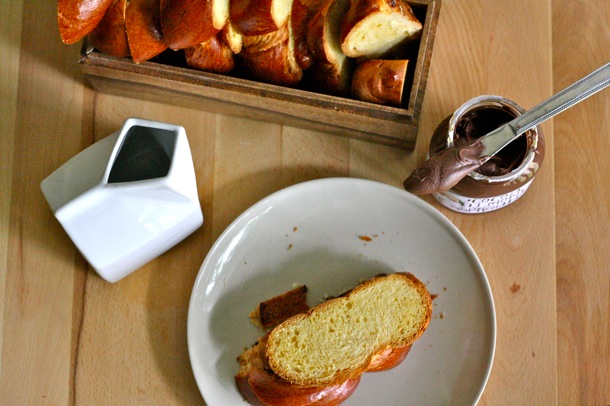 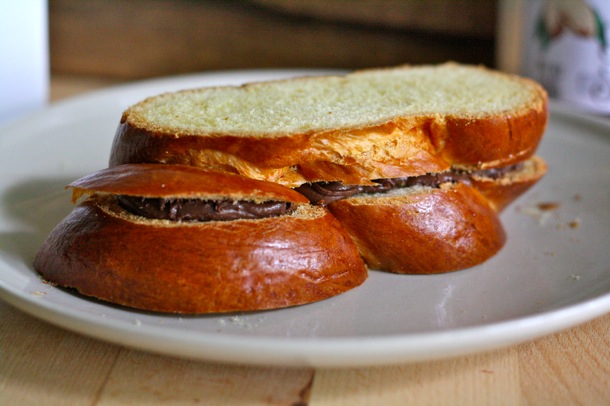 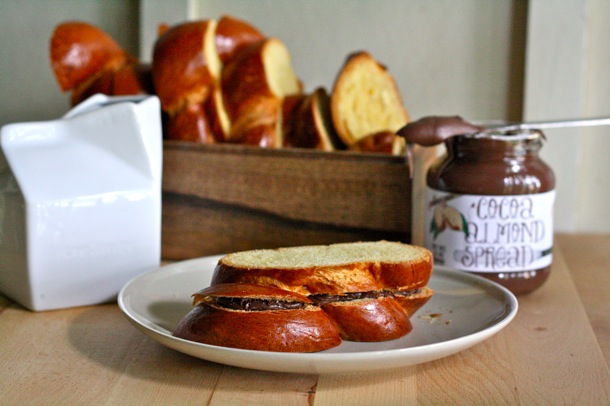 Just try and tell me breakfast gets better than this.  I’m pretty sure you won’t be able to say it with a straight face.

And if you do, I may or may not blow on you to make you blink.  Because the truth is, breakfast doesn’t get better than this (until the next thing I make that I think is delicious.  but shh – no one needs to know that right now).

Okay sorry, back to the point. 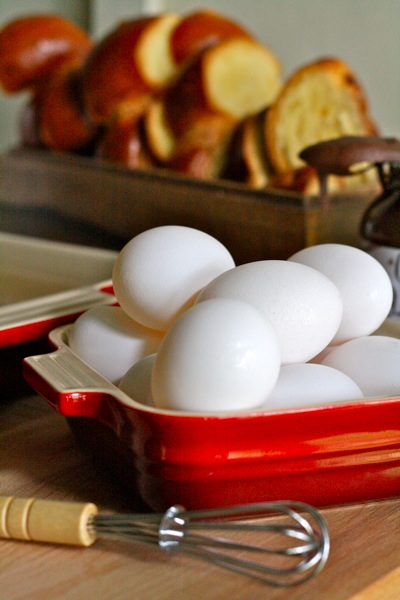 All you need is eggs, milk (or heavy cream if you’re really feeling decadent), vanilla and cinnamon. 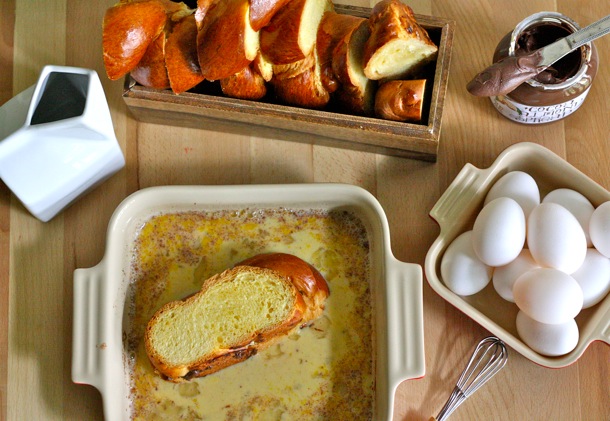 Generously dip the entire “sandwich” into the egg mixture making sure to allow each side to soak for at least one minute.

Transfer the egg soaked sandwich to a greased pan over medium-high heat (be careful not to turn the heat up too high or the french toast will burn).

Cook 3-5 minutes each side (or until lightly browned)…and viola! 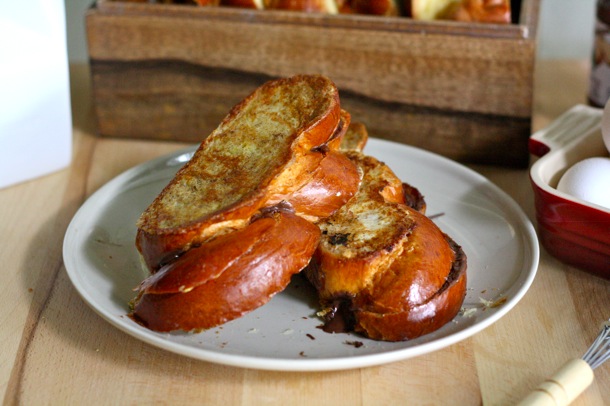 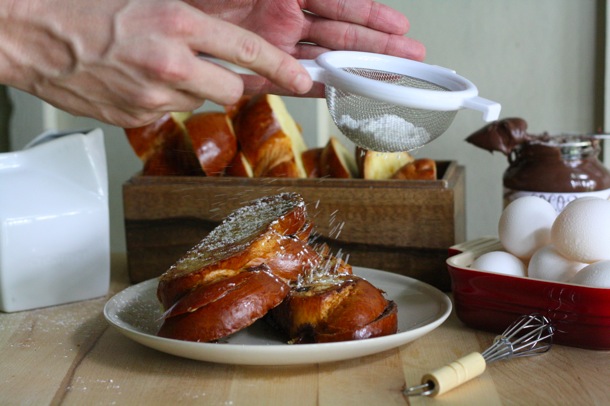 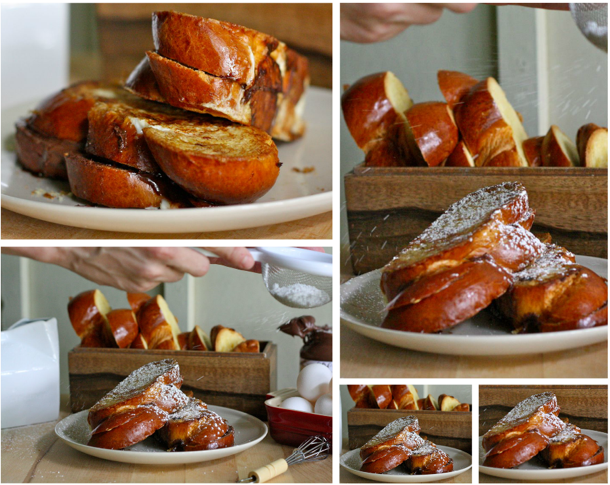 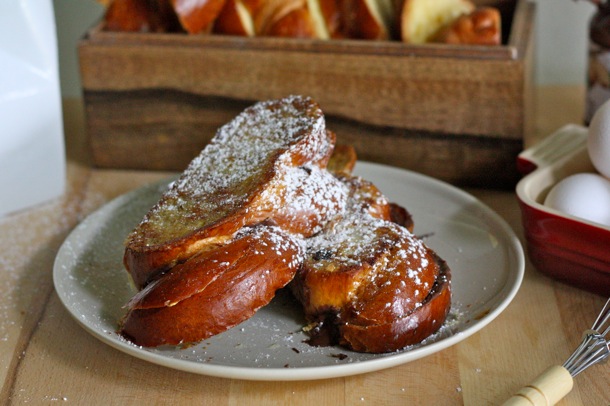 Then with maple syrup… 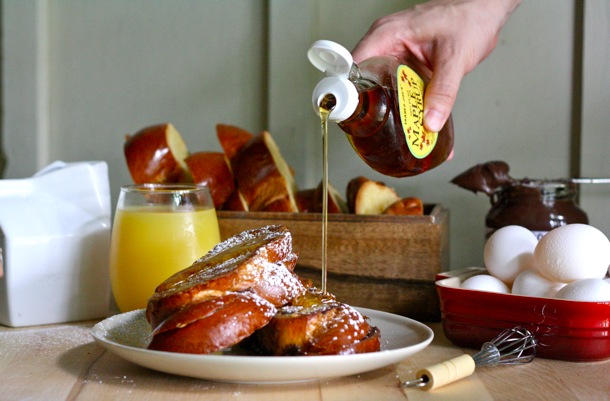 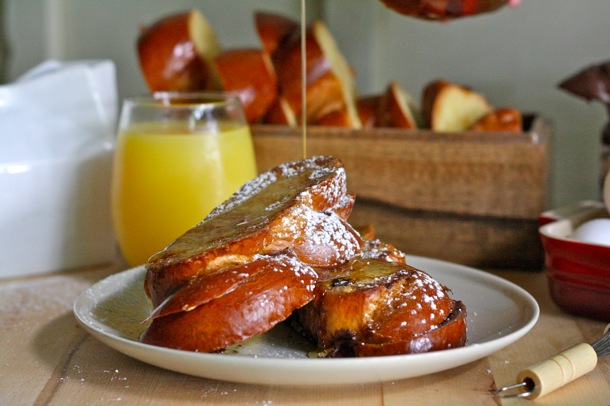 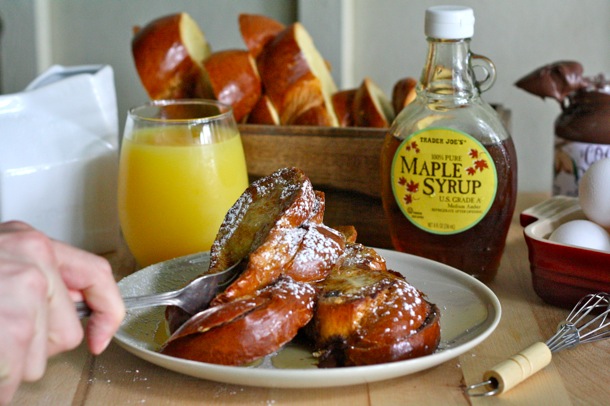 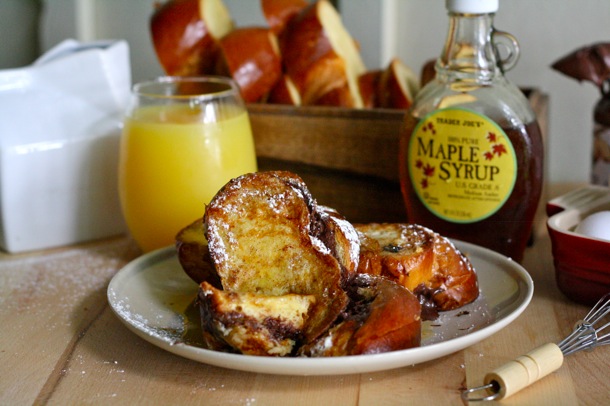