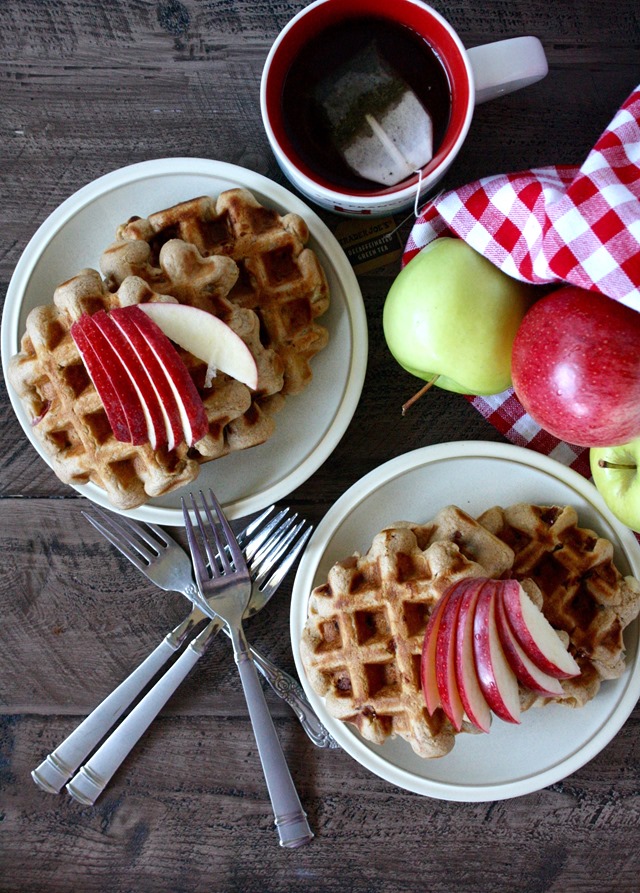 It’s September which means it’s officially acceptable to start cooking and baking with apples, pears and pumpkin!  This is just my absolute favorite food time of year – between crisp apples, apple cider doughnuts, pumpkin bread and pear oatmeal, there’s no shortage of delicious food to go around. 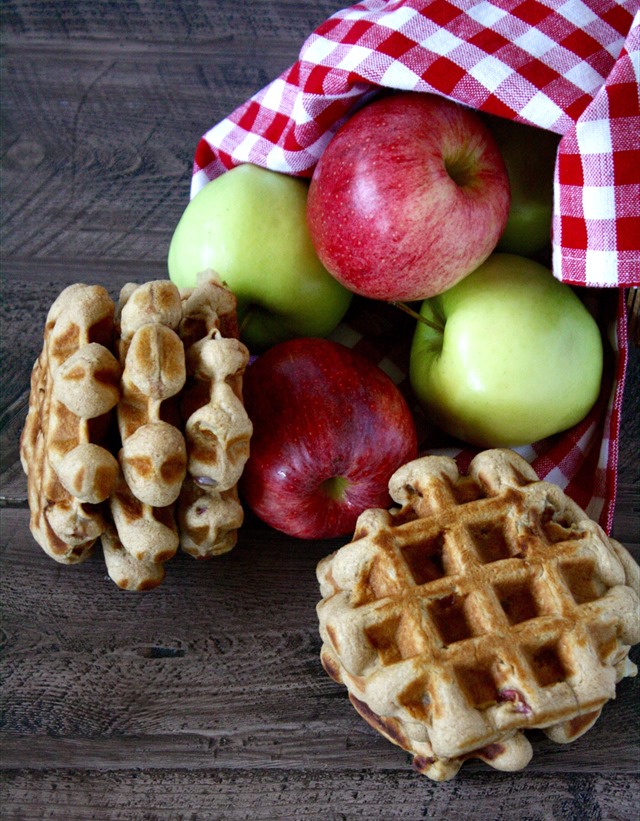 I have to admit, out of all the options I think apples are my absolute favorite.  They can be sweet, they can be savory…and as this proves, they can be waffles! 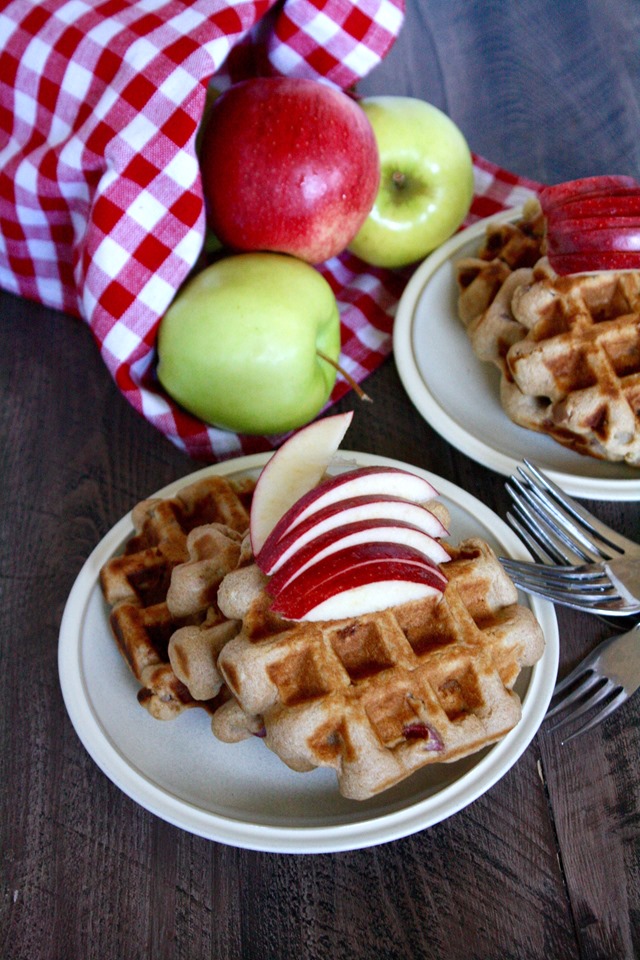 I love these waffles not only for their cinnamon apple deliciousness, but also because they’re loaded with fiber which makes them a perfectly wholesome and filling breakfast (or snack…or let’s be honest, dinner). 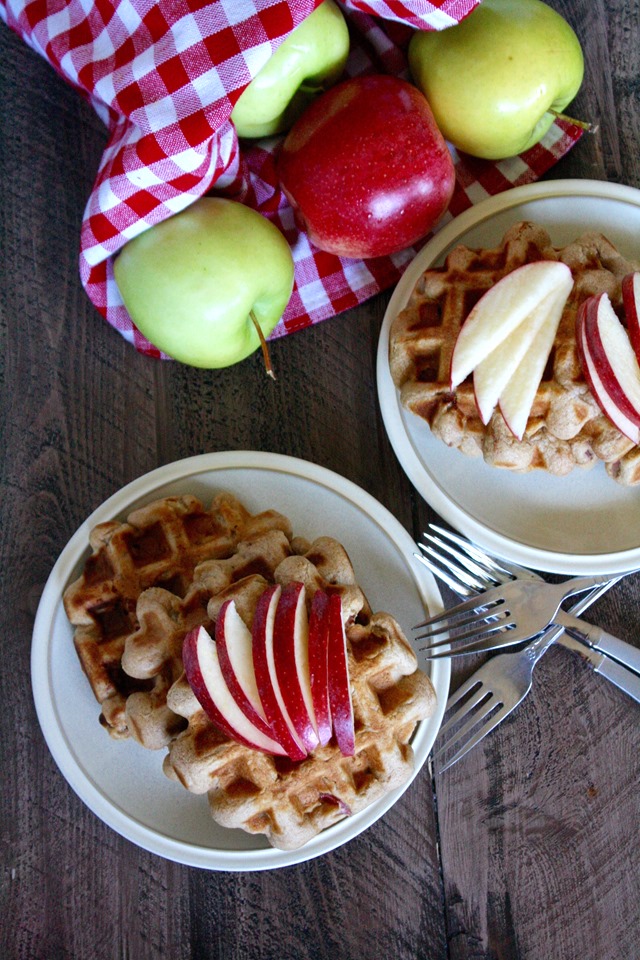 These also freeze really well which makes them the perfect thing to make on a Sunday to have available all week long!  I recommend pairing them with a little vanilla yogurt – makes it feel like apple pie in the morning! 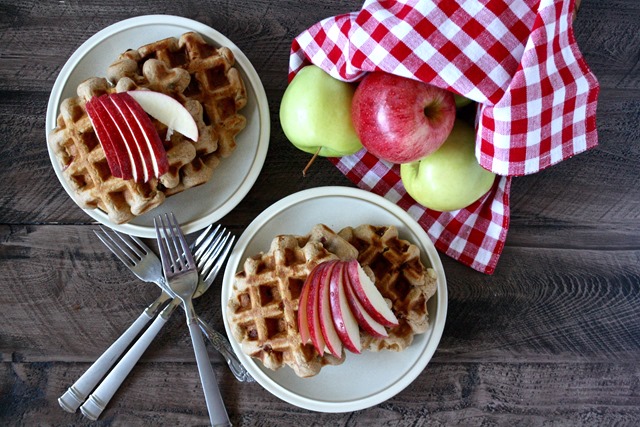 Freezes well! Store in an air-tight container for easy breakfasts all week!