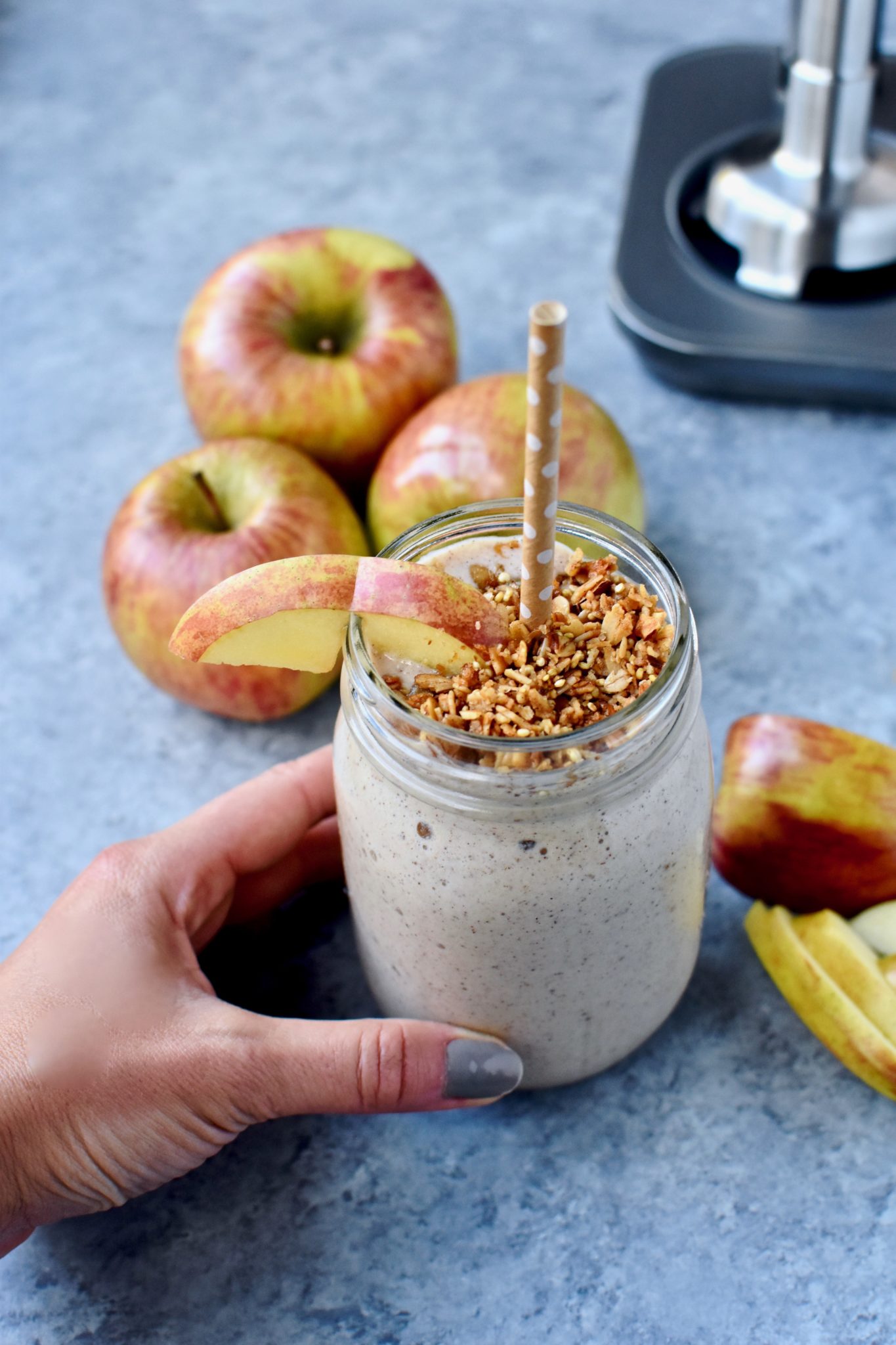 this post is brought to you in partnership with Electrolux

Have you guys ever heard of an immersion blender?

I’d always heard of them but felt like they were a kitchen tool I didn’t really need.  But boy was I wrong!  This handy little thing is amazing!  From soups to smoothies, sauces and dips there’s pretty much nothing it can’t do! 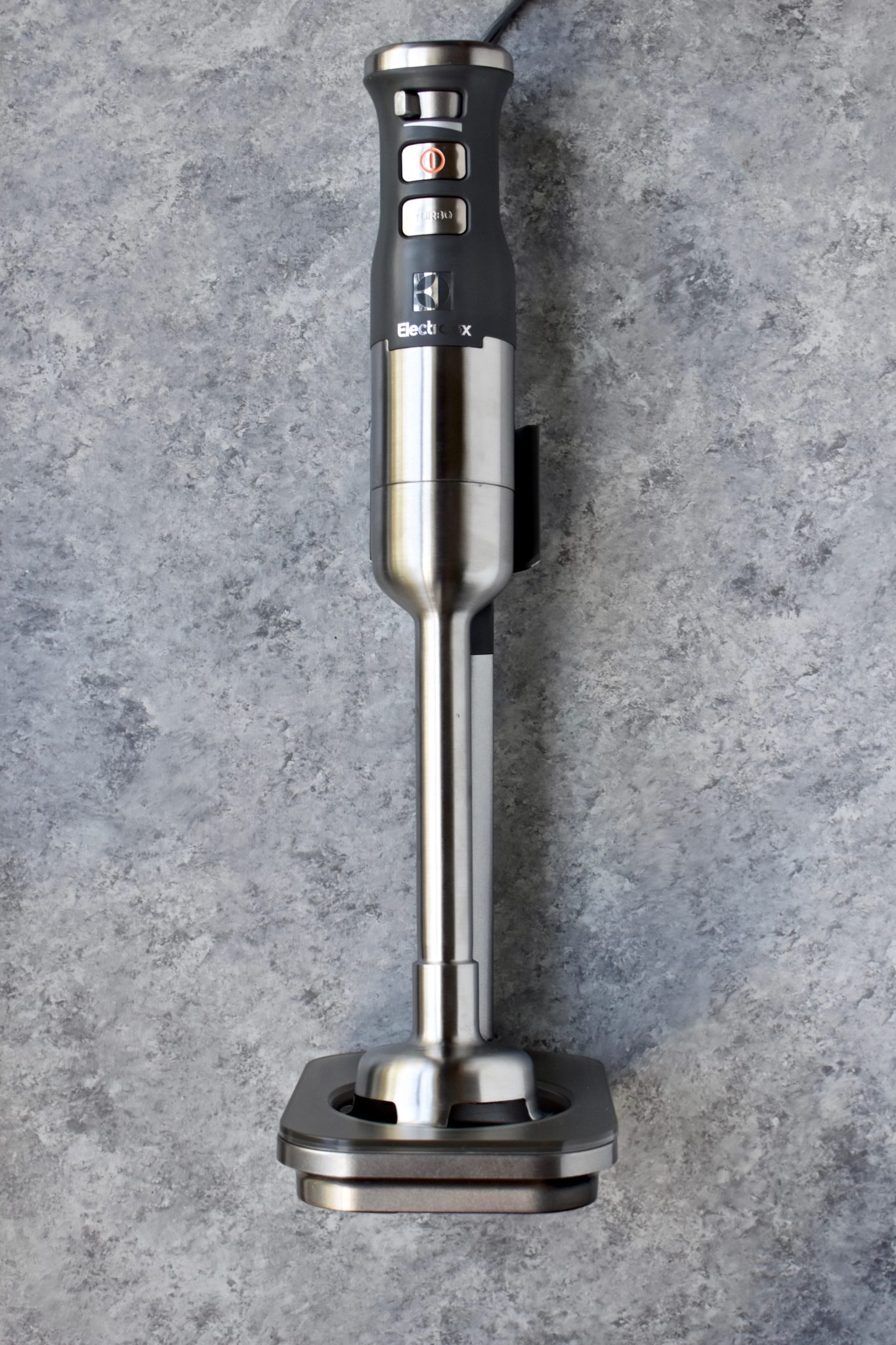 For something you can hold in your hand and that takes up a tiny little portion of counter space, that’s pretty darn good if you ask me.

While I think there’s room in the kitchen for all appliances (just ask my husband, it’s the bane of his existence! 🙂 ) it’s definitely nice to have a compact little device that can do so much.  I see maaaany delicious pureed soups in the coming cooler months using this!

But for now, while the temperatures are still in the 80s here in Charlotte, I settled on a Fall-themed smoothie: 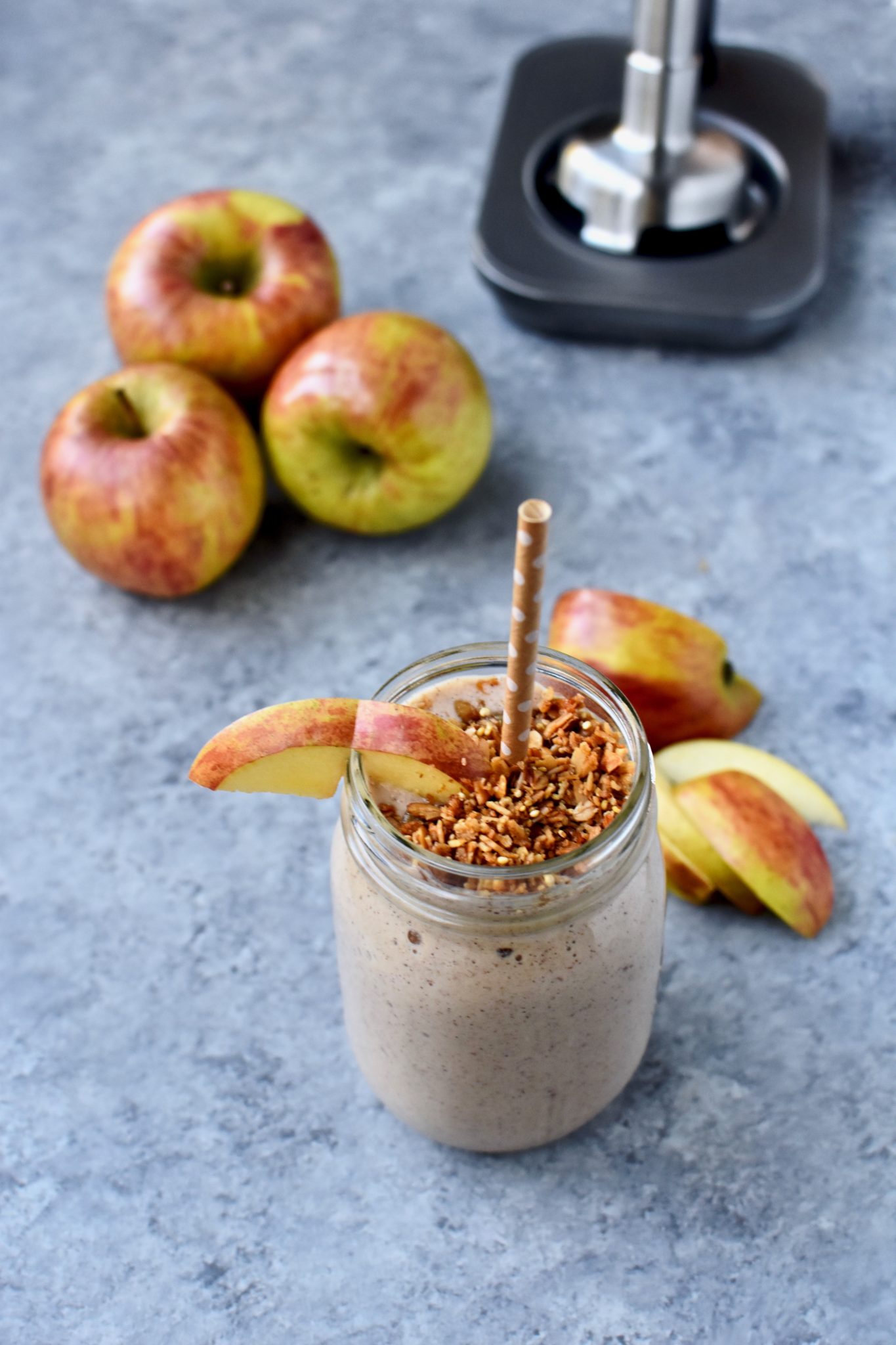 Making an apple crisp smoothie has been on my bucket list for some time now so I was so excited to try out my new immersion blender on this recipe.

Small but mighty doesn’t even begin to describe this tool.  It was able to take down frozen bananas, greek yogurt, diced apple and more with minimal effort.  I find it especially nice to have this on hand for smoothies and smoothie bowls because it’s much less cumbersome to take out and blend up a smoothie for one than it is to get out of my food processor or blender (which are not only bulkier but require much more cleanup time!). 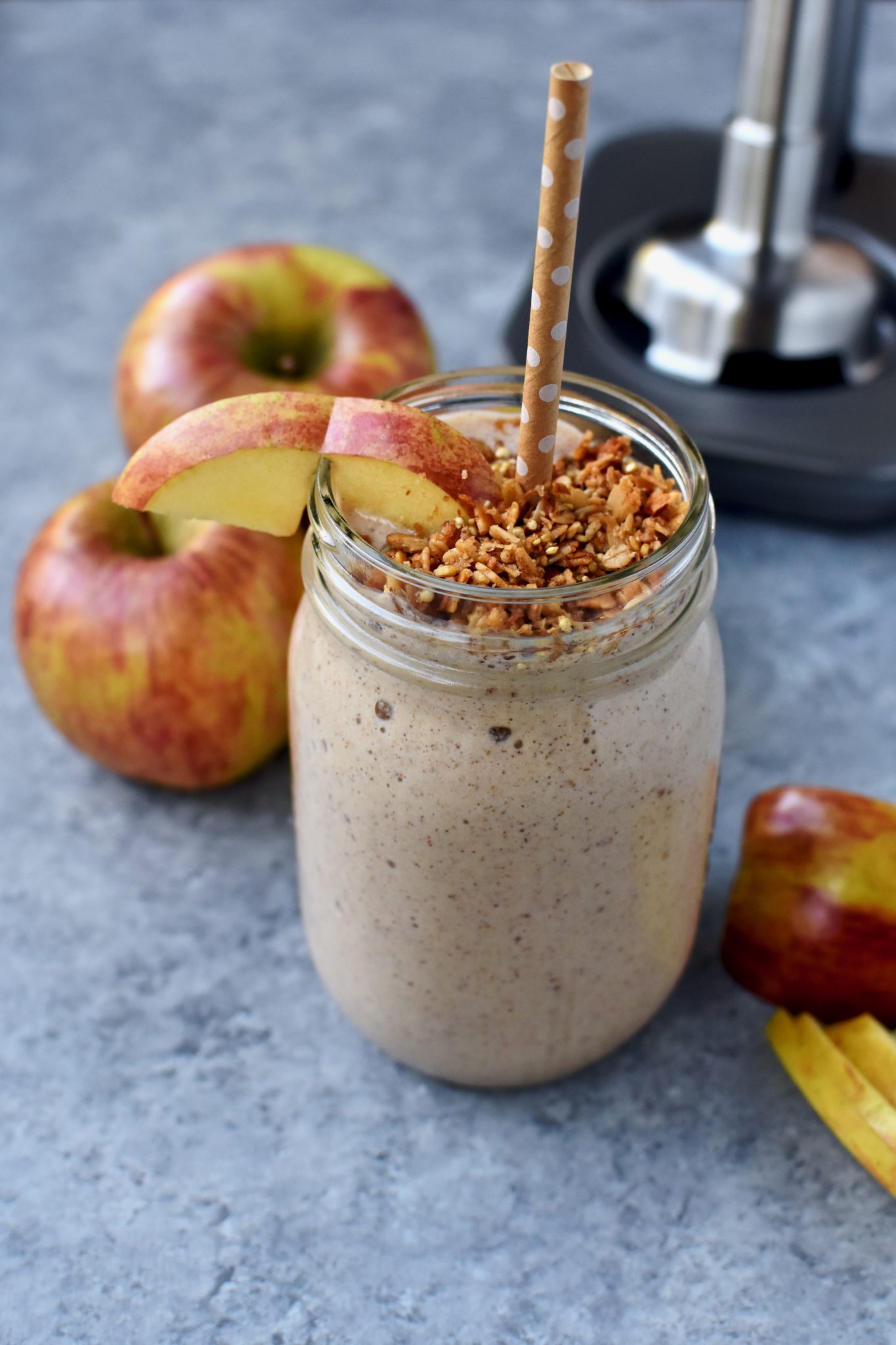 The smoothie turned out just as impressive – BURSTING with fall flavors and completely and totally satisfying.  Topped with a little granola for some added crunch (you can also choose to add it right into the smoothie if you like a single texture, I like varied textures) and it was the perfect portable breakfast packed with protein, fiber, fruit and whole grains!

A big thank you to Electrolux for introducing me to this handy kitchen tool!